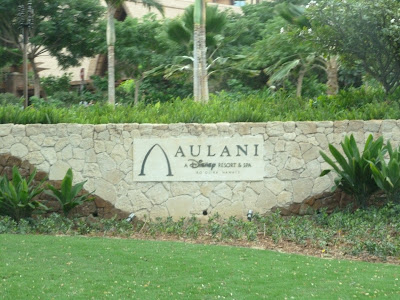 We stayed in a one bedroom villa on the seventh floor.﻿ 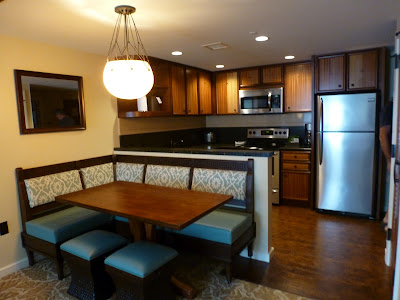 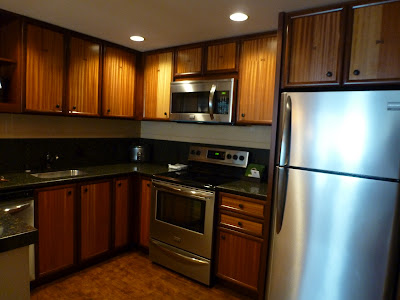 I found it interesting that the kitchens are equipped with rice steamers and electric tea pots.  Also all the written material is in English and Japanese. 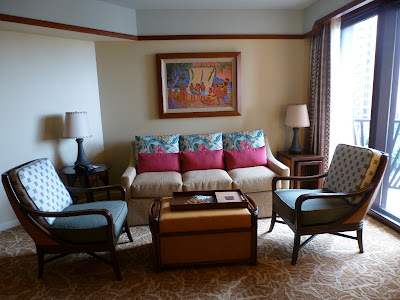 Of course the couch folds into a bed.  A small single bed also folds down from under the television. 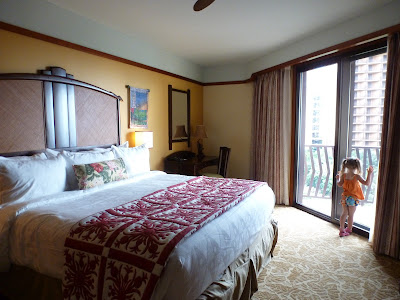 There is a small triangular balcony off of the bedroom and one off of the livingroom.  The chairs are situated to look at the main building...otherwise they would be in front of the sliding doors. 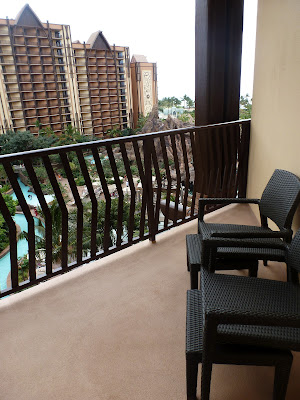 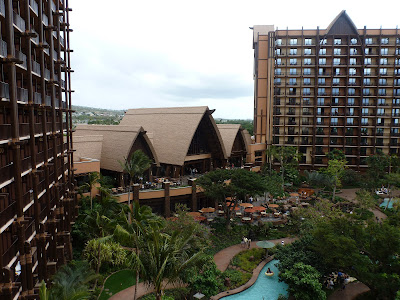 Kyrie is disappointed in the view from our room. We used extra points to get an ocean view room, but the view is mostly of the pool and we have only an indirect view of the ocean. I don't mind it. I like being able to see both.

It wasn't until we arrived home that I found out that nearly everyone that has been to Aulani is disappointed with the "ocean views." I saw a picture of someone else's "ocean view" and it was much worse than ours!  My biggest complaint is that I was EXPECTING a peaceful ocean view and not only was the ocean VERY distant and you have to be on your balcony turned to the side to see it, but the WORST part was the very loud pool music and sounds from the pool starting just after dawn until dusk. It was a lovely pool view, it was just not at all what I was anticipating. 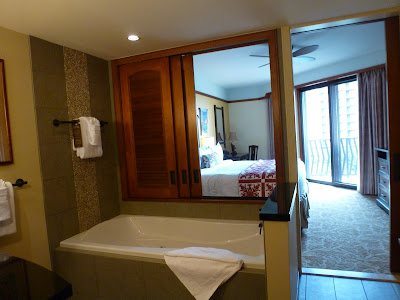 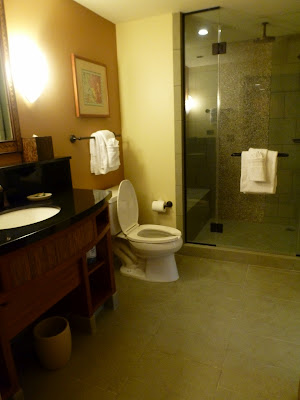 Aulani is a very beautiful resort. The lobby is a grand, open-air structure. 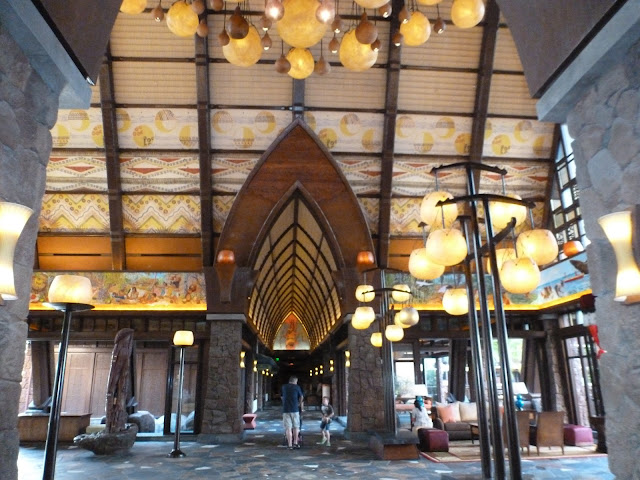 The pool area is just gorgeous.   The lighting at night is very unique and just perfect for the setting.

We've stayed at most of the Disney Vacation Club resorts and this one is by far the most beautiful. Scattered throughout the resort are these sculptures of these little guys that they call Menehunes. The kids love when they find another one. 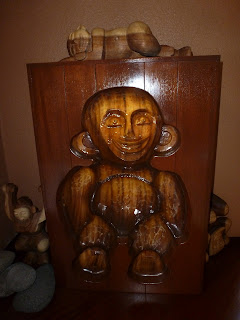 I really liked Aulani a lot. The service was of course impeccable. The pools were great and the kids club was perfect. What impressed me the most were all of the small details - the wood carvings, the artwork, the look of small town Hawaii at The Lava Shack, the Menehunes all over the place, and pixie dust in the sidewalk at night. Even after six days I was still finding more to appreciate. I would have liked Aulani to have another counter service restaurant since there was only one and it only had a few choices. I had the same lunch most of the days. Also, since all of the ocean view rooms, except the grand villas, overlook the large pool area, the view of the ocean is quite distant and there is constant pool noise and piped in music. No soothing sounds of the ocean here. At the moment only two-thirds of the buildings are in use, and it appeared that at least a third of these were unoccupied also. When Aulani is fully occupied the pools are going to be very crowded. Still, I would be happy to stay here again the next time we are in Oahu!