Day 1-
This summer we decided to go back to Gatlinburg, Tennessee.  We had a great time here back when Jacob and Max were the little ones.  This time we flew here because we had some airline vouchers that were going to expire.  There wasn't a really close airport, the choices were Asheville, NC and Knoxville, TN.  We chose Asheville, I think they were about the same distance.  It took us about 2 hours to drive to our resort from the airport. 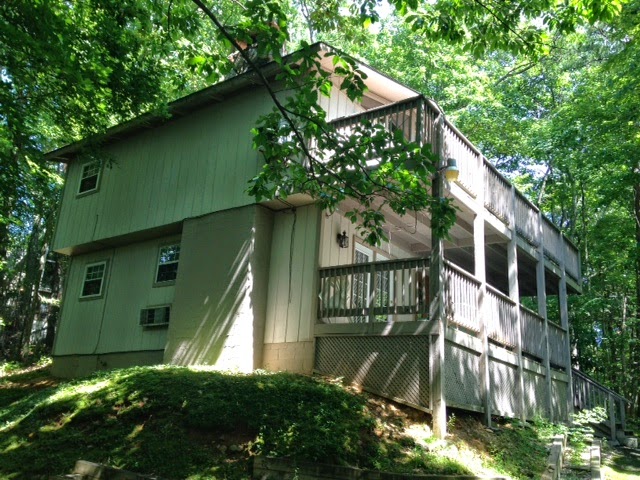 We are staying at Club Chalet.  Which has a number of units in the mountains near the Ober Gatlinburg ski resort.  Our unit is 8b, which is the bottom half of this building. 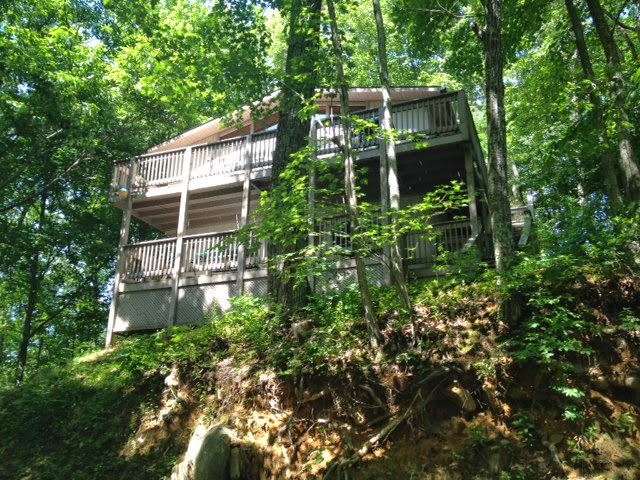 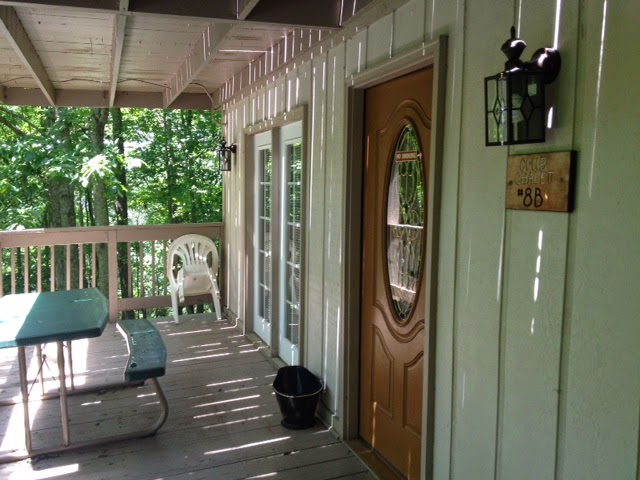 The unit seems pretty old and is a little musty, but not too bad.  It's a beautiful area, although it's a little tough to get up the steep incline to park our car.
The unit is very old and a lot musty for the record.  If I had not known what we were in for ahead of time, I would have been grossed out.  I had read about it though and seen pictures and it was actually better than I anticipated.  It's kind of like we are roughing it in an old mountain cabin.
Here are some pictures of the inside: 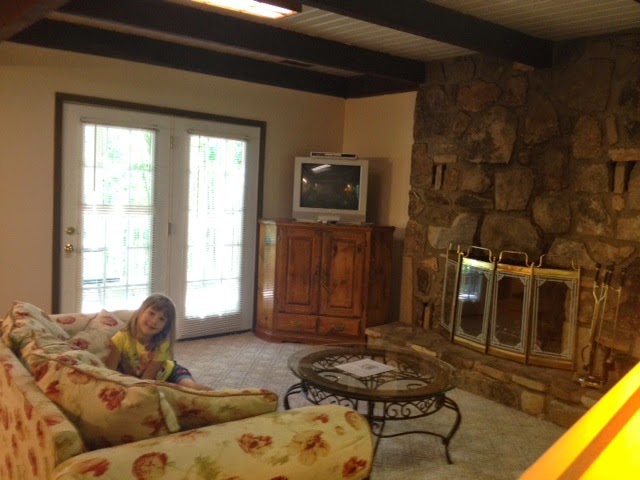 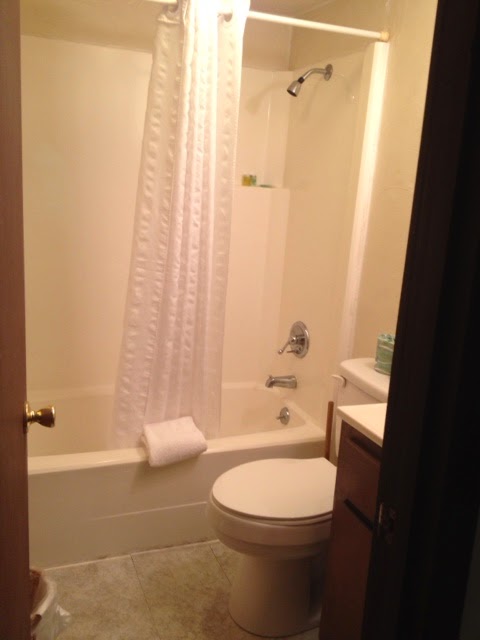 It's not really big enough for our bunch, but we don't plan on spending a lot of time in the room anyway.

After we arrived and unpacked I dropped off Kyrie and the four oldest kids at one of the pools and Zach and I drove to Wal-Mart to pick up some groceries and a few other things we needed.  That was a mistake.  Wal-Mart is quite far from here, especially with all of the tourist traffic in Gatlinburg and Pigeon Forge.  It took us forever and Kyrie and the kids were stranded at the pool since it was too far to walk back to our room.  I think the kids had a good time though. 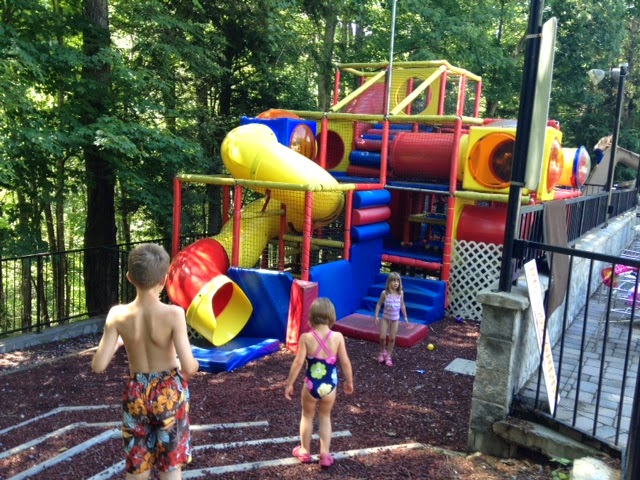 The nicest thing about this "resort" is the pools.  There are three separate pool areas.  We checked out two of them.  This one is the closest to us and the best for kids.  It was really nice.
The play structure was impressive too and the kids definitely had a good time in the play area and the pool.
We wouldn't even have minded being stranded except that my phone was out of batteries so we didn't know how long we would be there and I always start to worry something bad has happened. 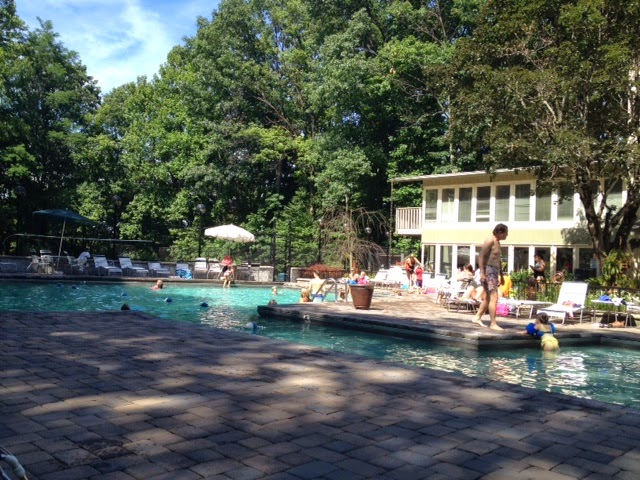 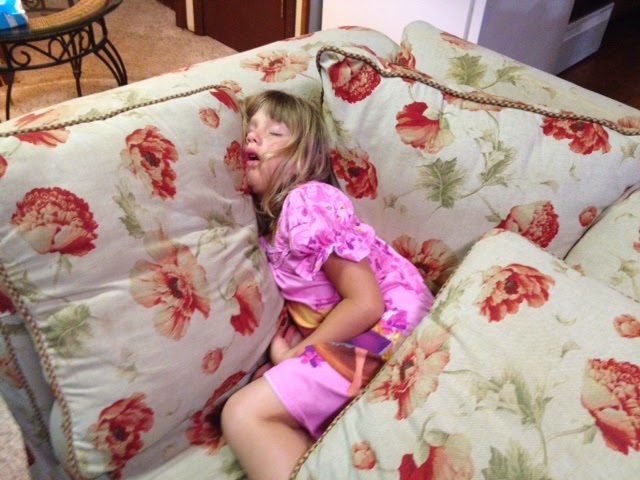 I brought back KFC for dinner, because anything local would have taken a lot longer.  Soon after dinner the kids were really tired from their long day.

By the way, I decided to use a different format this time.  Instead of doing a separate entry for each day, I'm just going to keep adding the days to the bottom of this.  I think it will be a little easier to read that way.  Also, our oldest, Jacob, has decided to write his own blog this time.  His is at  jacobkleinfelter.weebly.com 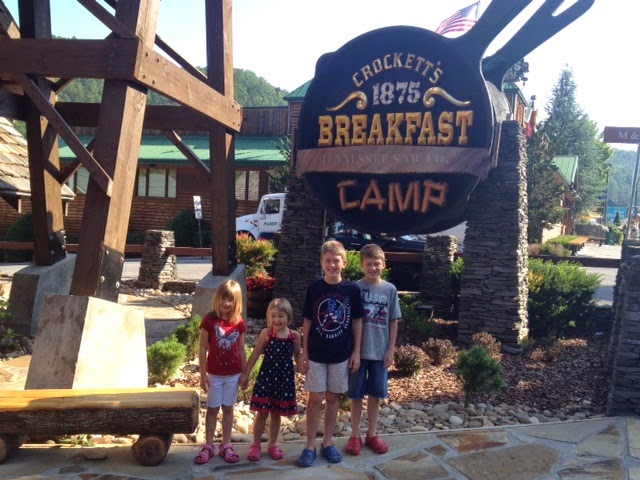 We slept in this morning and then headed down to Crockett's Breakfast Camp.

We had planned to go to The Apple Barn in Sevierville for breakfast, but since we did sleep in, we were all pretty hungry by the time we got ready and hit the road.  Marc spotted this place quite close to us in Gatlinburg, and it looked cool so we decided to give it a try instead of trekking another 30 minutes to The Apple Barn.


The food was great, but the portions could have been bigger... 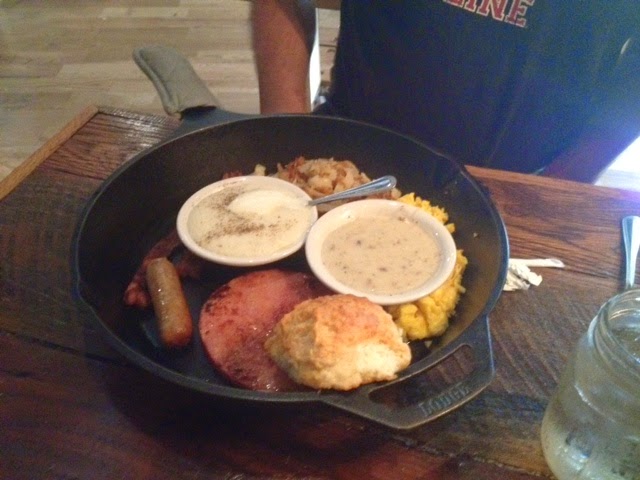 Just kidding, of course.  That is my skillet breakfast plus it came with a pancake, also some of the kids had pancakes and they were seriously an inch thick.

I am glad we stopped here, it was very good!  It's funny though, when we got there the place was practically empty and I thought it was because we were so late (9:30am) that we missed the crowd.  Turns out we were early!  There was a line out the door when we left.


So, here's a brief description of the Gatlinburg/Pigeon Forge area for those of you who have never been here.  The main street in Gatlinburg sits in a deep valley between two mountains.  The Smokey Mountain National Park surrounds Gatlinburg.  The main strip in Gatlinburg consists of a couple miles of small shops, restaurants, and attractions.  As you continue west, you get past the mountains and enter Pigeon Forge.  This area is a lot more open and consists of many miles of larger shops, shows, restaurants, hotels, mini-golf, go-carts, and several other attractions. 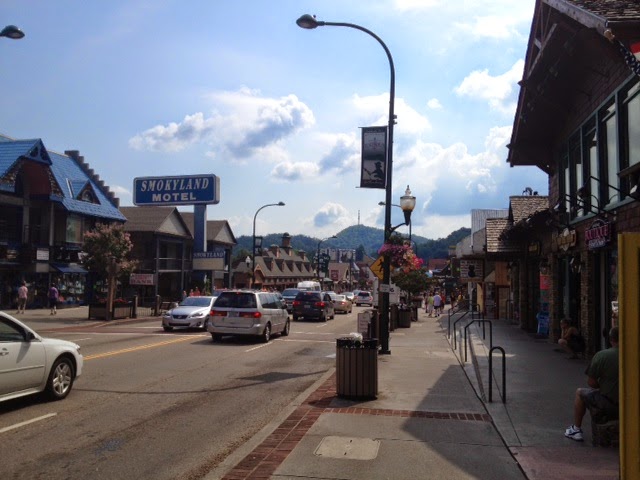 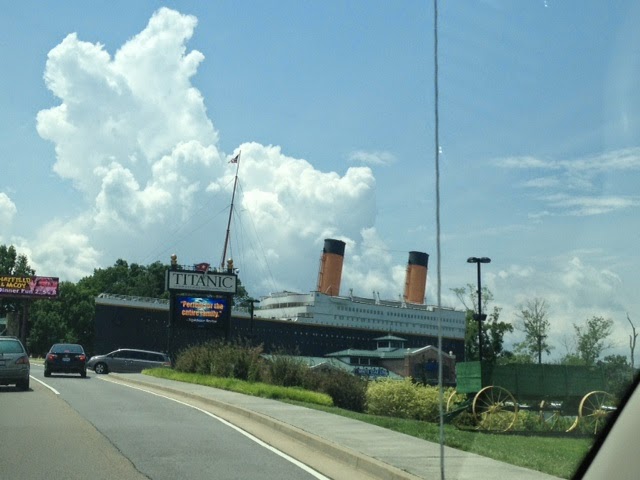 After breakfast we took a brief driving tour of Gatlinburg and Pigeon Forge.  When the kids weren't bickering with each other, they enjoyed seeing all of the sights and planning stuff they wanted to do.  Then we stopped at the Sugarlands Welcome Center in the National Park to watch a movie about the Smokey Mountains and learn about the national park.  We enjoyed the little museum there that showed some of the plants and animals that inhabit the park.

There is also a nice gift shop that is not priced any higher than any of the area shops.  I bought a beautiful Christmas ornament there to commemorate our trip.