DisneyWorld and Disney Cruise - Day 1 - off to a screaming start!

Well, our family has gotten bigger since the last time I wrote.  Our fifth child was born in June, Zachary Reed Kleinfelter. 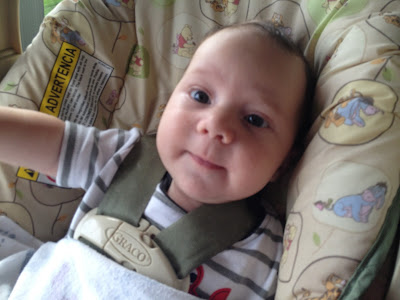 We've had a busy summer that could be a blog all to itself, but now we are heading for some "rest and relaxation" to end Kyrie's maternity leave.  We originally planned a one week DisneyWorld vacation and a one week Disney cruise.  Well, the airline tickets were a lot cheaper on Wednesday than Saturday, so we extended our trip by a few days and now have a whopping 17 day vacation!

Needless to say we needed quite a bit of luggage for this trip.

The day got off to a good start.  Our flight wasn't until 2:15pm, so we didn't have to get up a the crack of dawn for a change.  Here are the kids at O'Hare airport:


Everything went pretty smoothly until we got on the plane.  Within 5 minutes Zoe (age 2) was already tired of sitting in her seat.  She's not the type that will just sit a watch a show - she has to always be moving.  We tried and she tried the best we all could to keep her happy.  That more or less worked until about a half an hour before landing.  As someone who HATES being controlled, she absolutely threw a fit when the seat belt light was turned on and we tried to explain to her that she couldn't get out of her seat any more.  It was one of her biggest temper tantrums ever and it lasted the entire half hour.  She screamed at the top of her lungs, she continuously wriggled out of her seat belt, she hit, kicked, and threw herself around.  Nothing worked to resolve this except when the plane finally landed.  It was pretty miserable.
Kyrie here.  I'll write my comments in blue throughout.  Just for the record, we usually get comments about how well behaved our kids are.  This is the first time we've lived up to the stereotype of how kids act on airplanes.  I sure hope we never do again!

Zach on the other hand didn't mind the plane. 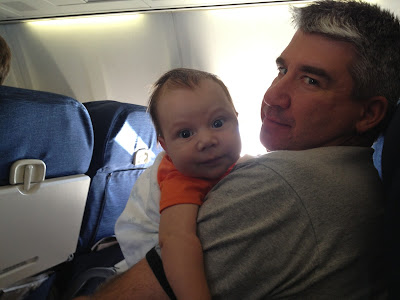 To make that cheaper airfare count we are staying at a value resort - Disney's Pop Century.  It was less than $100/night.  I'm always impressed by Disney's value resorts.  The rooms are small, but sufficient, and perfectly clean.  We need 2 rooms of course, but we were able to get connecting rooms, which works well for us.  The Disney magic is just as evident here as it is in any of the deluxe resorts we have stayed at. 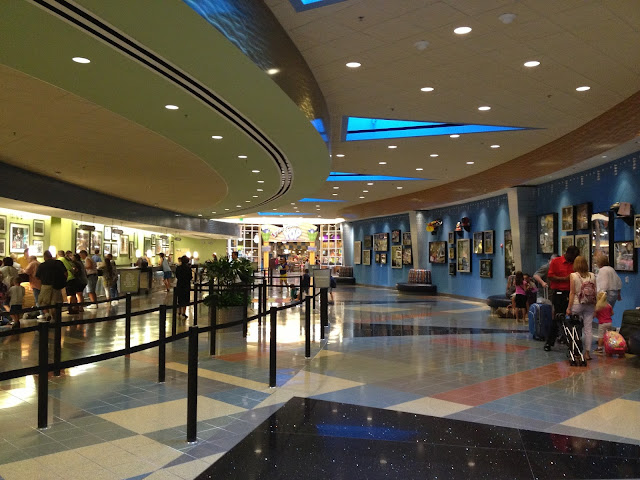 Outside of one of the 60's buildings: 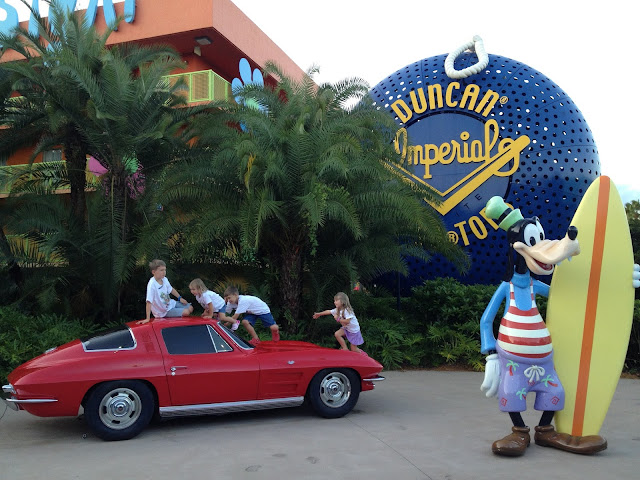 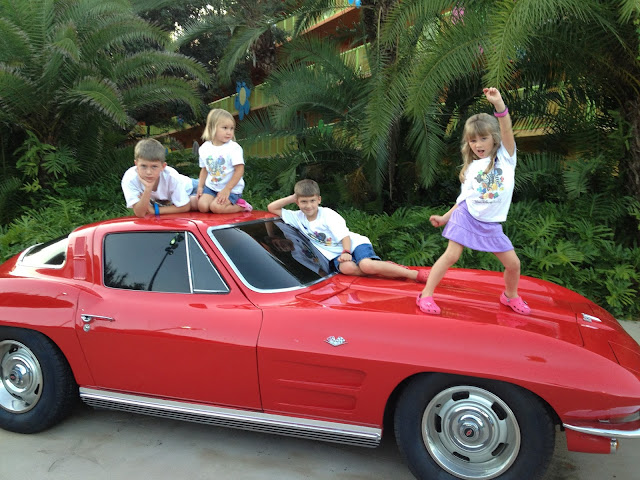 We had dinner at the food court at Pop Century: 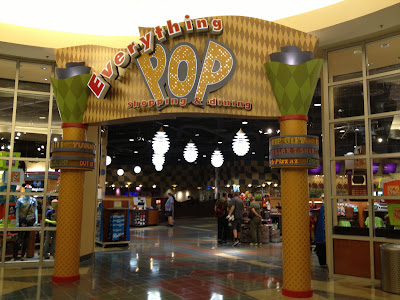 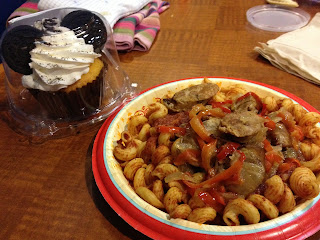 Pasta with Sausage and Oreo Cupcake


The food wasn't great here.  But the biggest problem is how you have to go to different stations to order different types of food.  The food isn't prepared very fast at most stations either.  Since we're almost literally juggling two infants and three children, it requires several trips and takes way too long to eat at food courts like this one. The desserts were pretty good though!
Posted by Marc at 8:29 PM