We started the day watching cartoons and eating breakfast at the Pop Century food court.  I'm sure it has a more fun name, but I don't know what it is. 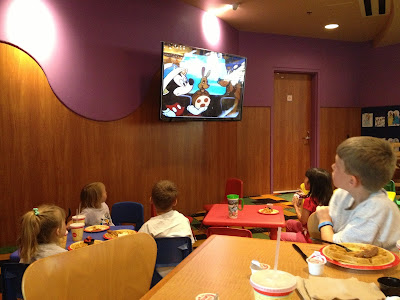 At many stores throughout Disney World including at Everything POP, you could buy MagicBand accessories:


Then we boarded the bus to EPCOT.  It was nice not having to run to Soarin' immediately, since we were able to reserve the fastpasses for that ahead of time.  (The reserved FPs are the only reason we didn't get up to make it to rope drop.)  Instead we started with characters, which we would normally never do early in the day. 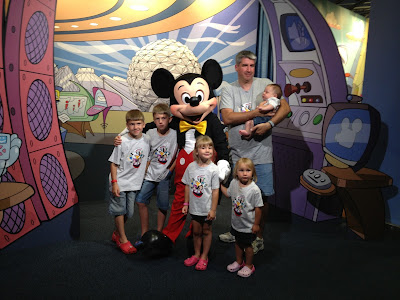 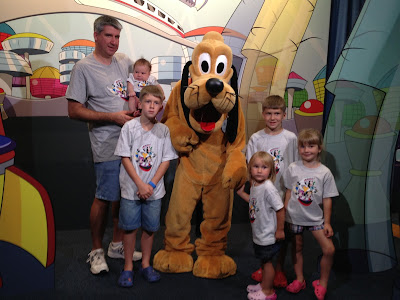 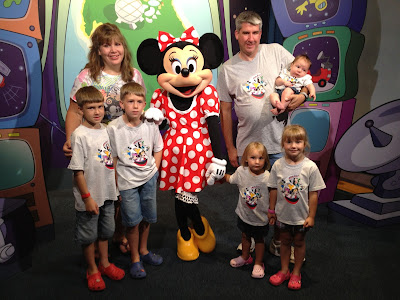 We spent the morning going on a couple of rides and then headed over to the Biergarten for lunch in the Germany pavilion. 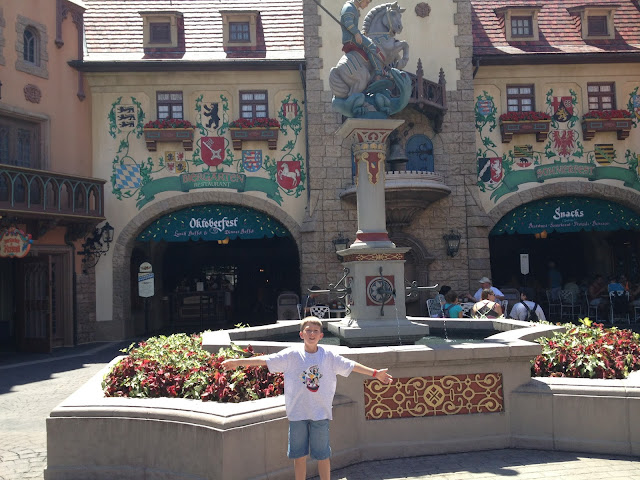 The food there is served buffet style.  They have a lot of traditional German foods.  I think I was the only one who liked it.  The kids definitely didn't like much and Kyrie wasn't a big fan either.  The entertainment was good though.  This traditional German band kept us entertained with music played on a variety of instruments.  Ella and Zoe especially liked doing the Polka. 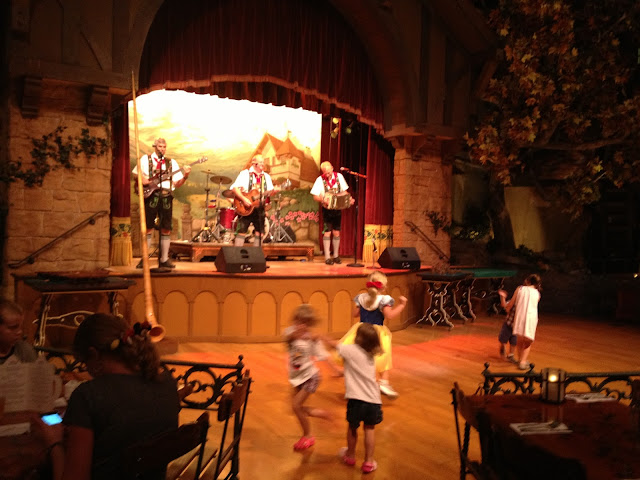 After lunch we took a boat back across the lake to the Future World side of EPCOT and Kyrie, Jacob, Max and Ella went on Test Track while I took Zoe and Zach on the Finding Nemo ride.  Everyone had a good time.  Then we went to Turtle Talk with Crush which was a lot of fun.  It was still super hot today - maybe the hottest day of our trip, so we really didn't feel like walking around outside very much.  We decided to go on Spaceship Earth before heading to our hotel.

We checked in to Bay Lake Tower a little after 4:30 pm.  They aren't testing the MagicBands there, so we have to carry Key to the World cards which isn't any fun compared to the bands.  Our MagicBands will probably still work for fastpasses though since the online program let us reserve them ahead of time.  Actually, even though the front desk CMs don't know it, the MagicBands DO work as our room key here which is pretty cool that it automatically can do that even though the person checking us in obviously didn't program it.  And no, they don't just work on everybody's doors.  Jacob tried.  So I bet they are still fully functional in every way.

The accommodations are wonderful.!!!  We've stayed here twice previously, so we knew what to expect.  It's one of our favorite Disney Vacation Club hotels, mostly due to it's location.
We only fit into a 2 bedroom unit now, so we have so much space! It's great!  It has two bedrooms with balconies, three bathrooms, full kitchen, living room with pull out couch and pull out chair neither of which we need at this point, and a laundry room that we used every day! 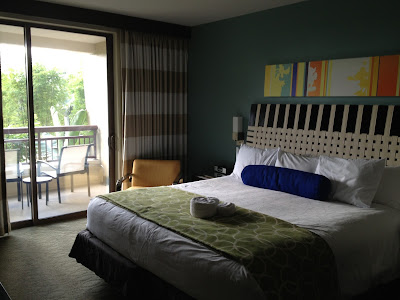 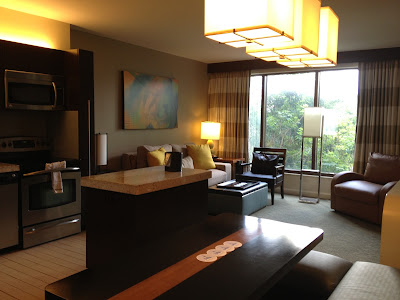 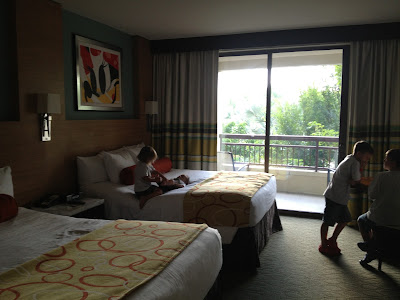 For dinner we just went to the Contempo Cafe. They don't have a lot of choices, but it's nice that you only have to stand in one line instead of a bunch of different stations. 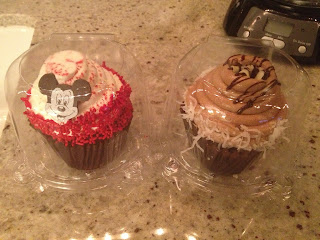 We all shared cupcakes for dessert.  I was sorry not to see the Black Forest cupcake I have had there before, but we tried some new ones.  The kids liked the Monster Cupcakes with Sully and Mike rings on top (and they were delicious.)  Marc stuck with one of his favorite flavors, Red Velvet.  And I had a chocolate coconut one. It was filled with coconut like a mounds bar, that was a surprise, but good.