When I checked on the kids in the middle of the night, this is what I saw: 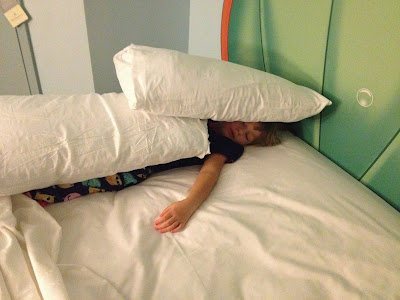 It was so hilarious that I had to turn on the lights and take a picture.  I figured Ella's brothers had played a joke on her, but when she woke up in the morning I heard her say, "Hey! Who took off my pillow blanket?"

The sun was out for a little while this morning so we decided to spend a little time at the pool before heading to the parks. 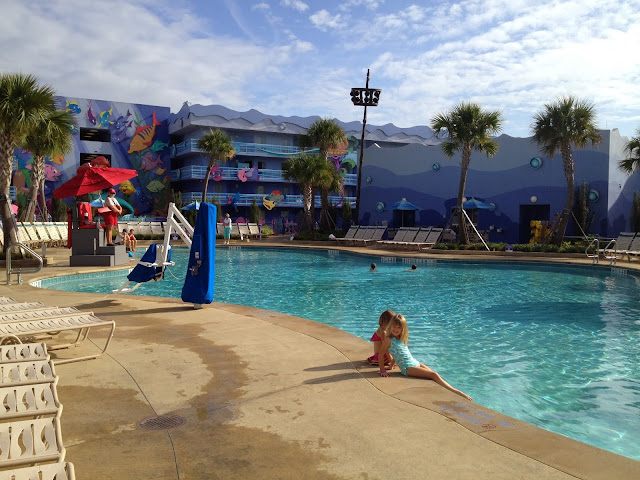 Before long it clouded up and became a little chilly, so we went back to the room to get ready to go to EPCOT. 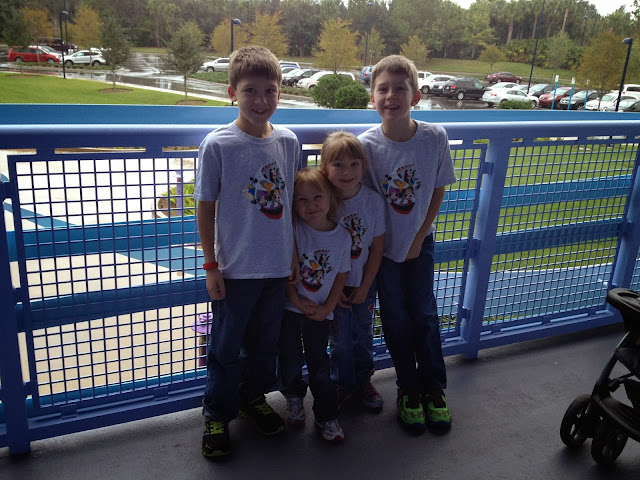 Jacob was all about getting his picture taken today. 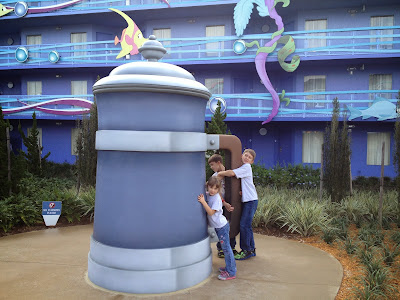 He also like posing the same as the things he was being pictured with: 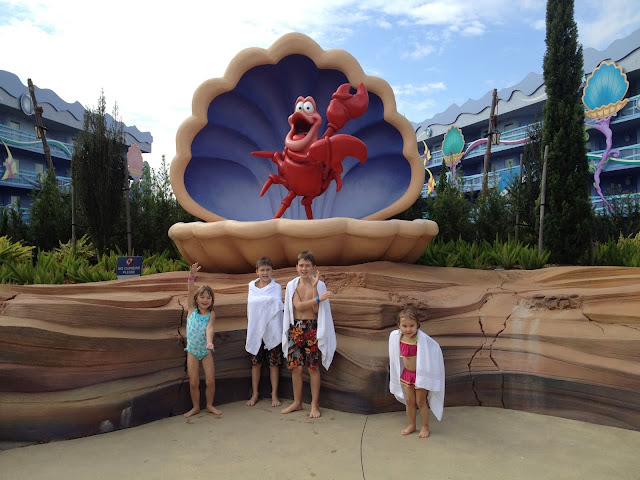 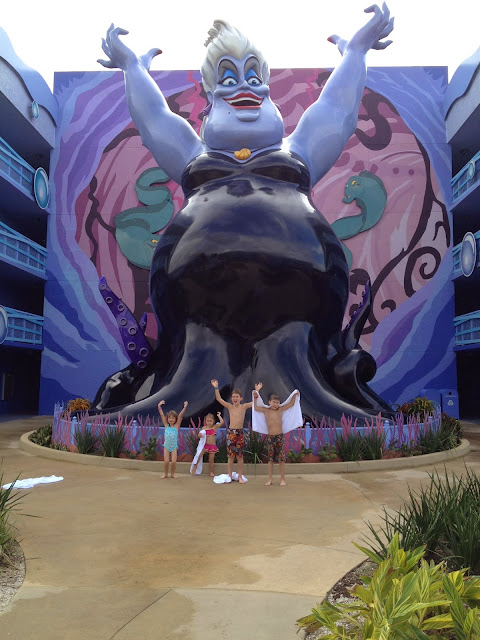 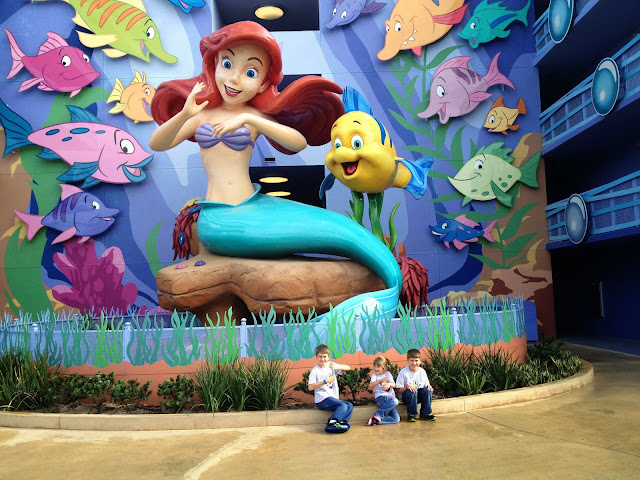 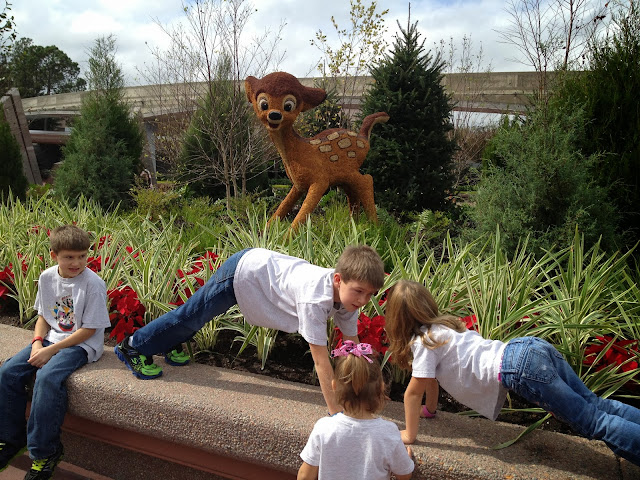 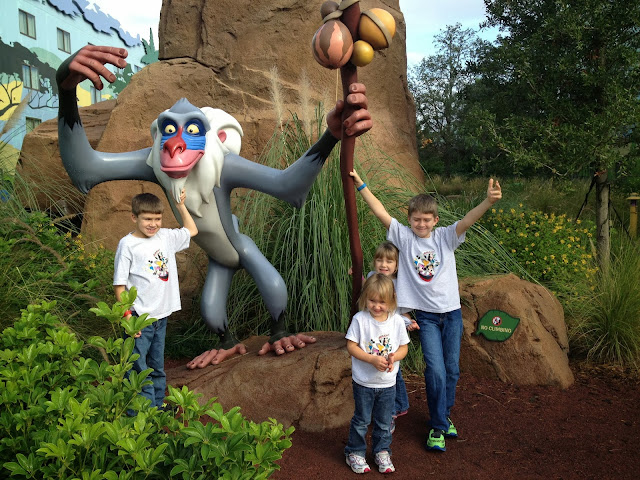 We went to EPCOT this afternoon.  It was mostly rainy today, but I should have expected that.  We have a history of getting rained on at EPCOT.  We stuck indoors mostly.  We had fun at Innoventions, Test Track, The Living Seas with Nemo, and Soarin'. 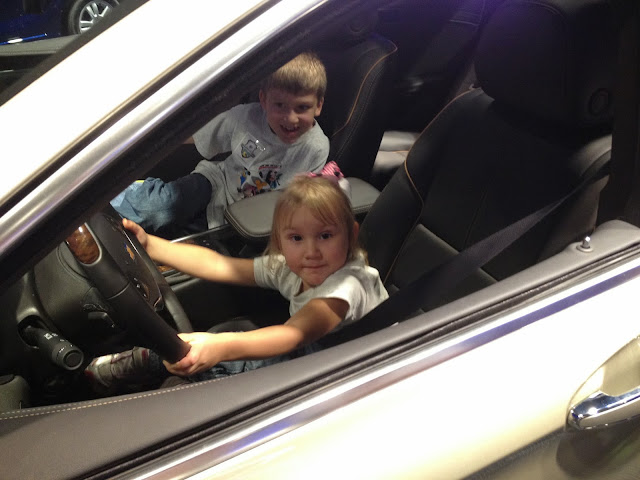 Zoe loved trying out all of the cars on display at the Test Track exit.

Poor Zoe gets left out of a lot of rides including Test Track because she's not tall enough.  So it's nice that she enjoyed this area while the rest of us took turns riding.  But to get her out of there, we had to pretend to drive to the Magic Kingdom (and she insisted on being securely buckled in the back seat) and then go outside to see Cinderella's castle. She has quite an imagination! 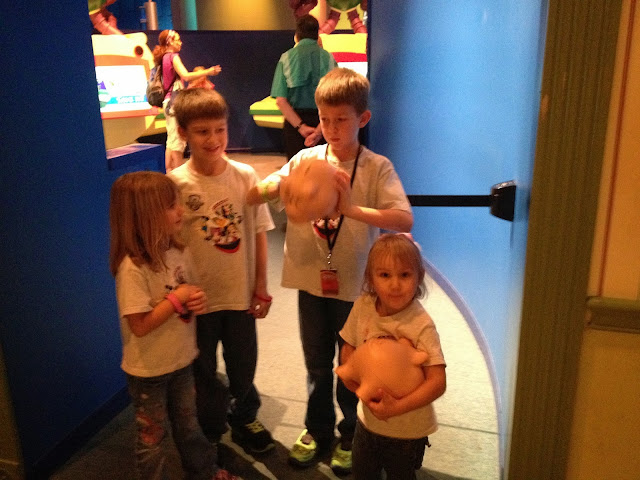 The kids had a lot of fun playing the piggy bank game, but Zoe was in tears when she realized that she didn't get to keep her 'Piggy'.

Crowd levels were super low today and we had no problem getting a last minute reservation at San Angel Inn. 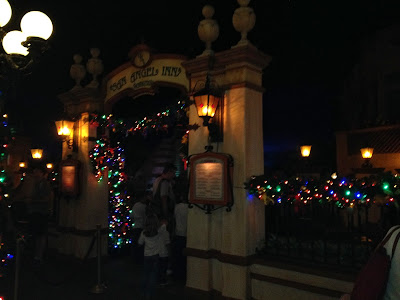 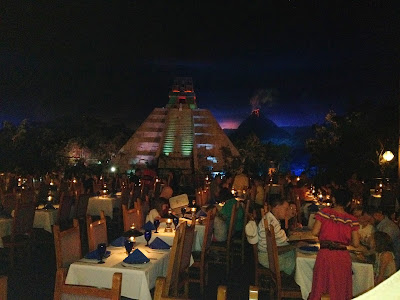 On the way back to our room tonight we saw a huge snail crossing the path. 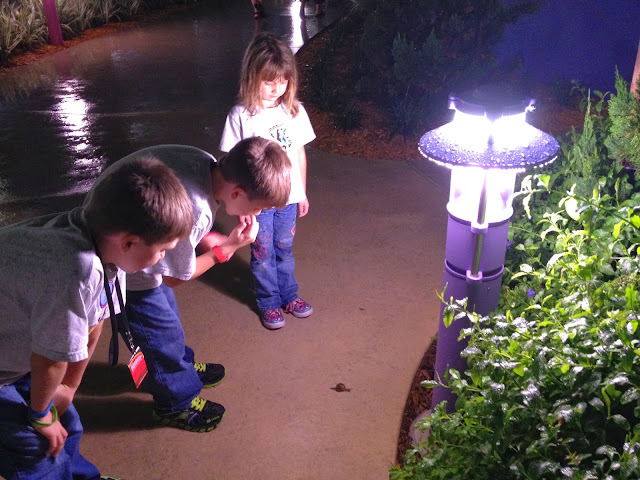 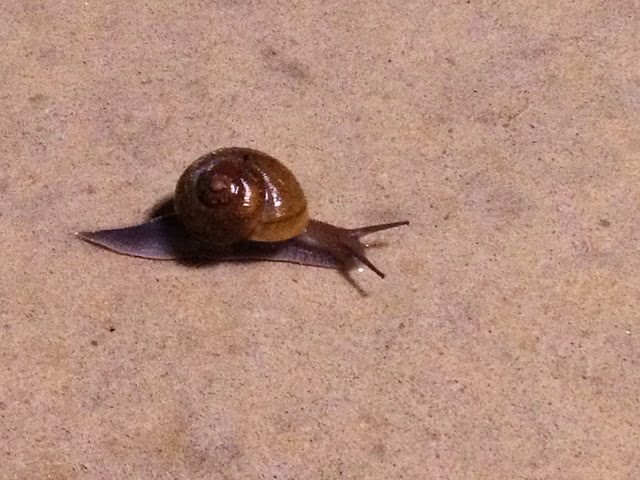