Kyrie makes fun of me for spelling EPCOT with all capital letters, but that was how it was originally and I just happen to think that that is the way that it's meant to be (even if Disney doesn't!) 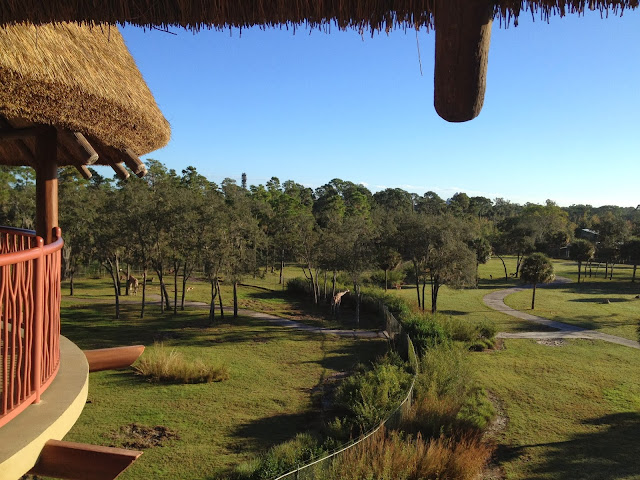 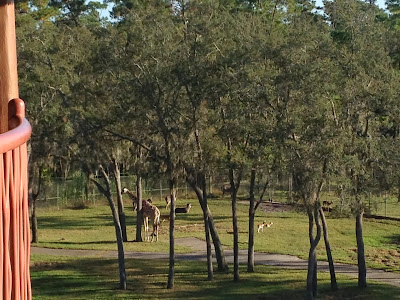 One of my favorite parts of each day has been sitting on the balcony early in the morning with a cup of coffee and watching the animals and all the activities of the workers. 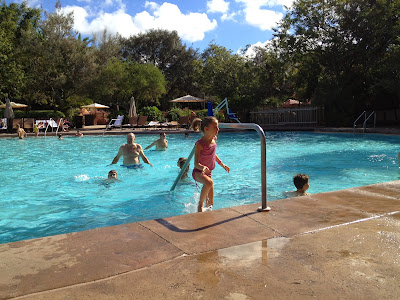 We spent the morning at the pool today since it was nice and warm out and we had such a late night for the past couple days.  The kids had so much fun swimming, going down the slide, going in the hot tub and also playing the organized activities at the pool. 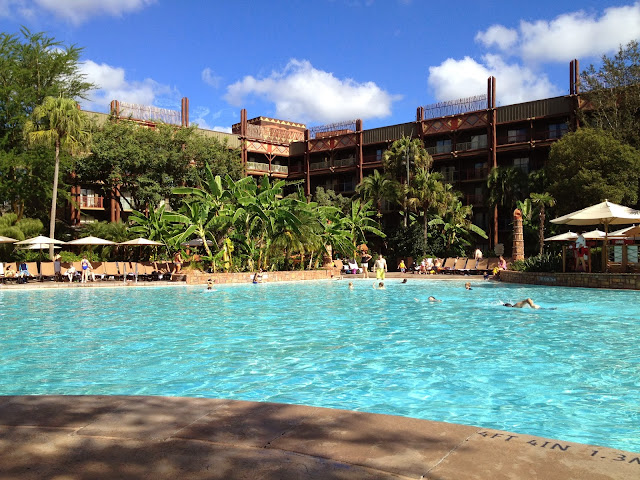 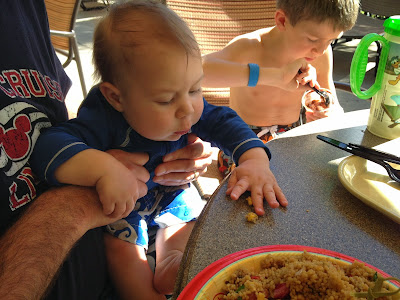 lunch was at Mara, the quick service place right by the pool.  Zach has had his first tastes of several types of food on this trip.  Some we just let him play with, some we let him taste since he is so insistent!  We also forgot to mention we noticed his first tooth had come in at the Christmas Party the other night! 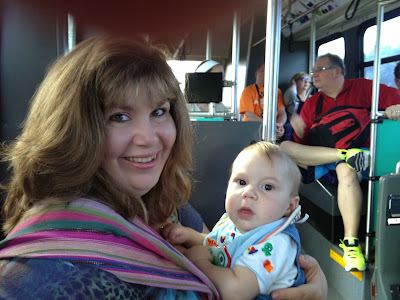 We left for Epcot in the early afternoon.  Jacob pointed out the picture we had taken of him on his first trip at 5 months old on the Legacy wall as we entered. Maybe it's a good thing they stopped doing that or we'd have to take time each trip to locate five pictures. I just thought of this, but I bet Zach is wearing the same outfit that Jacob was wearing the day he had that picture taken. I remember Jacob wore it to Epcot the day we ate at Coral Reef on that May 2005 trip since I picked it out to match the theme. 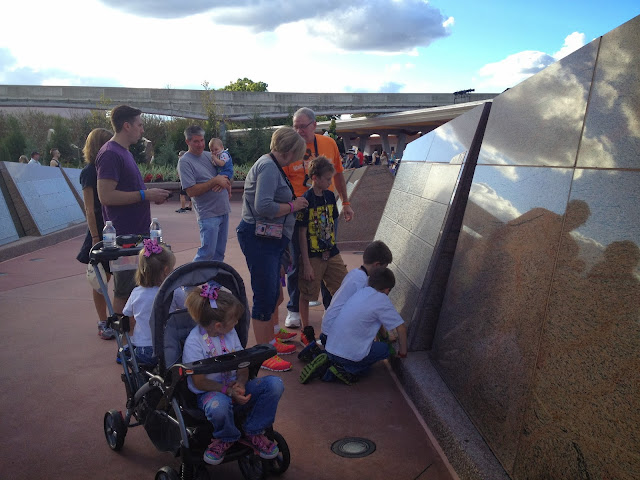 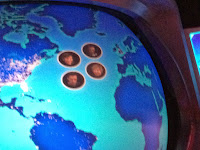 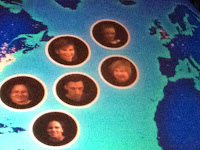 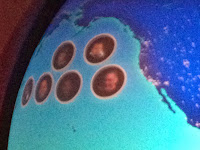 Jacob and Max love determining their future on Spaceship Earth.  They also pick their ride partner strategically to be sure they get to answer the questions. 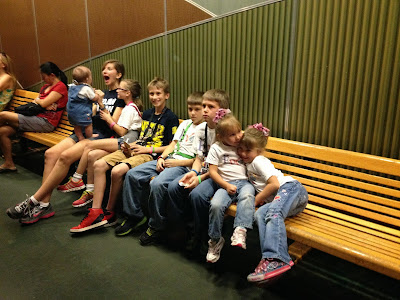 We alternated between riding Soarin' and Living with the Land since the Zs (Zoe and Zach) are too little for Soarin'.  They got a double ride on Living with the Land. No wonder Zoe can easily recognize a banana tree.  She's probably had 12 rides on that this year with our three trips! 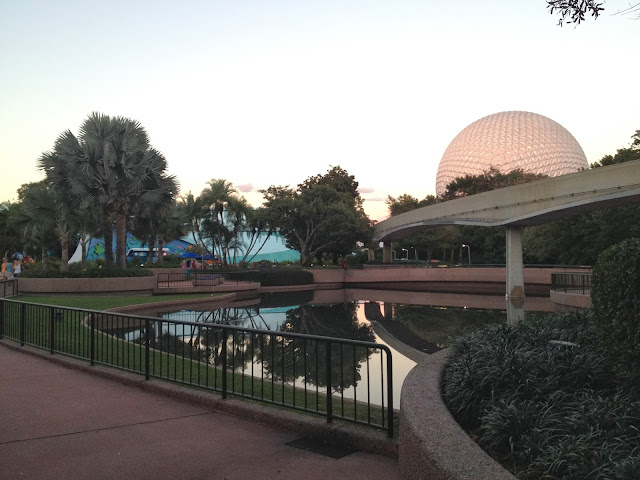 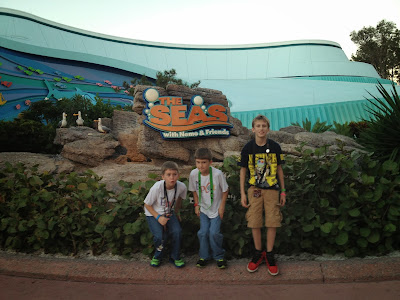 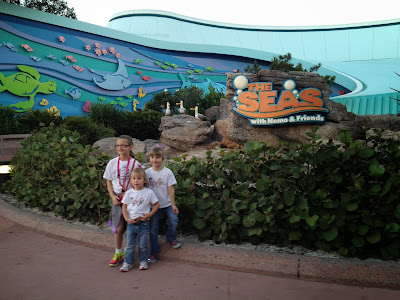 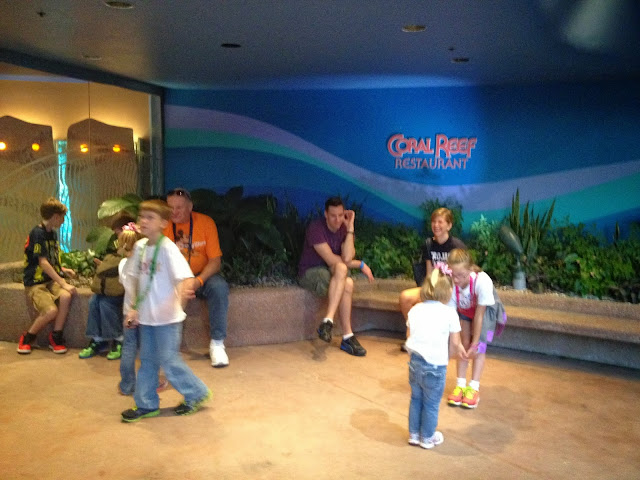 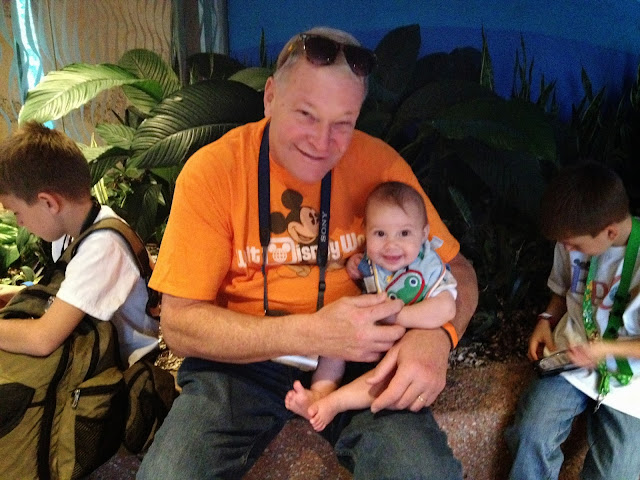 Marc can write about dinner at Coral Reef.

Well, actually Zach wasn't cooperating so I was missing for quite a bit of dinner at Coral Reef, but I'll fill in the details that I can.  The food was great and the kids liked looking for the green sea turtle.  It was also fun that there was a SCUBA tour going on while we ate and every once in a while one of the divers would swim by and wave to us. 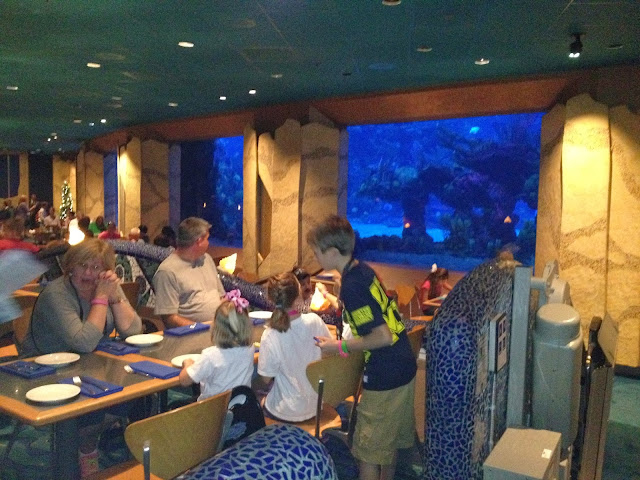 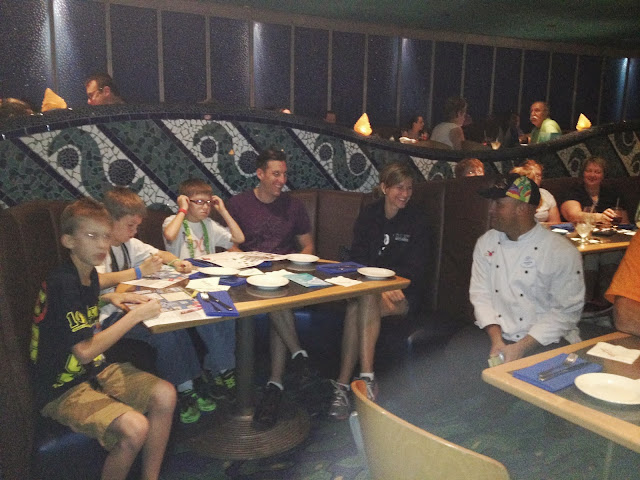 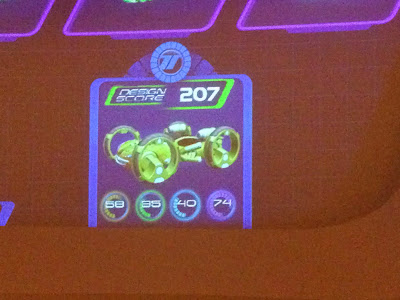 Kyle, Jay, Jacob, Max, and I rode Test Track.  Max was in charge of designing the wheels for our car. It was certainly unique... 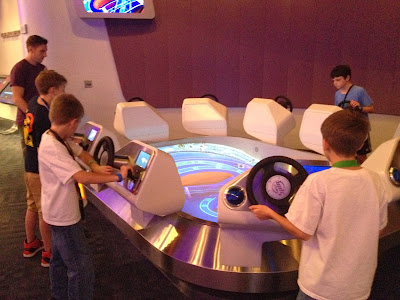 They would have raced their cars forever in this attraction after the ride, but we had to meet up for IllumiNations. 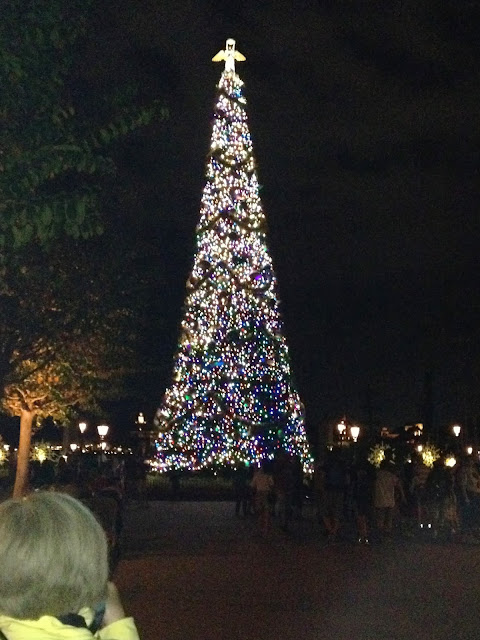 Illuminations was pretty cool, but fireworks really can't be captured well in pictures. 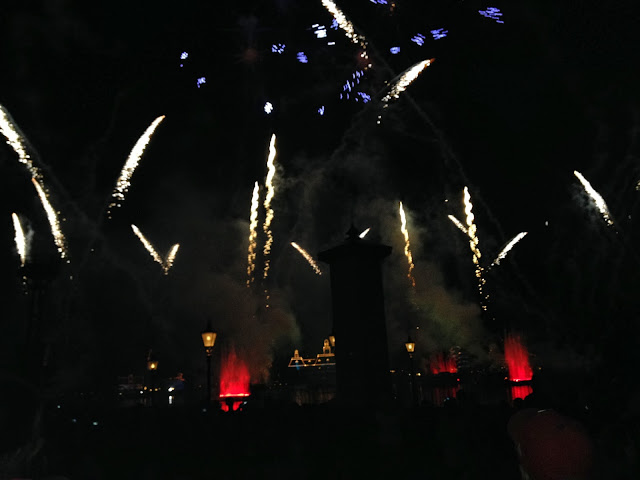