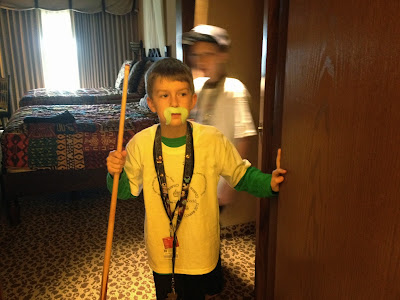 Jacob picked out some mustaches for his souvenir yesterday.

All of the kids ended up trying one on.  Zoe's was a big thick fuzzy gray one that was so funny!﻿﻿﻿﻿
﻿ 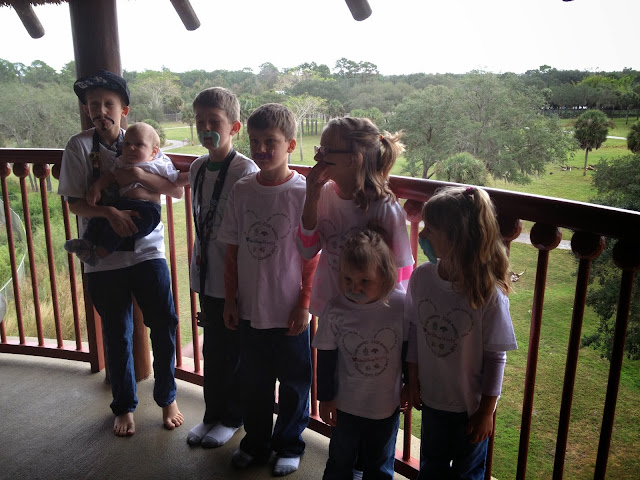 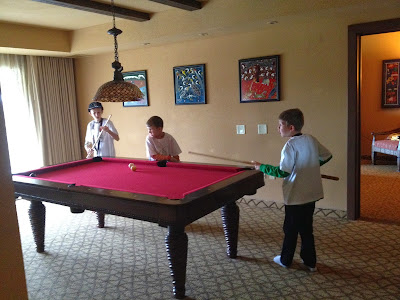 The pool table is a big hit with the kids.  It was the morning and evening entertainment each day.
﻿﻿﻿﻿ 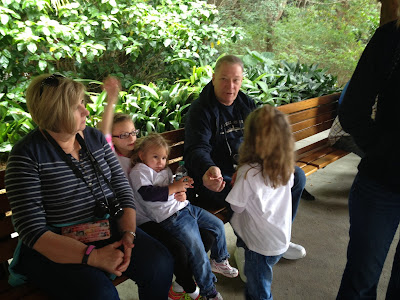 Today we went to EPCOT again.  This time it was mostly to tour the World Showcase.  It was quite crowded again and I’m sure that the parks will be crowded for the rest of our trip.  Even Spaceship Earth had a 30 minute wait. 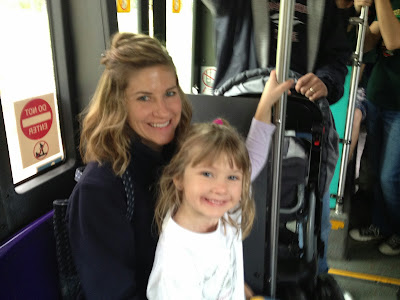 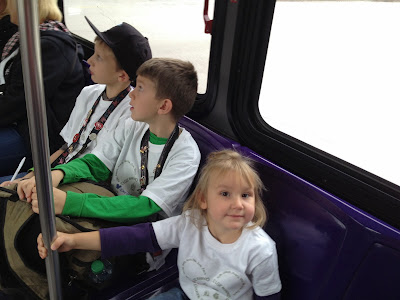 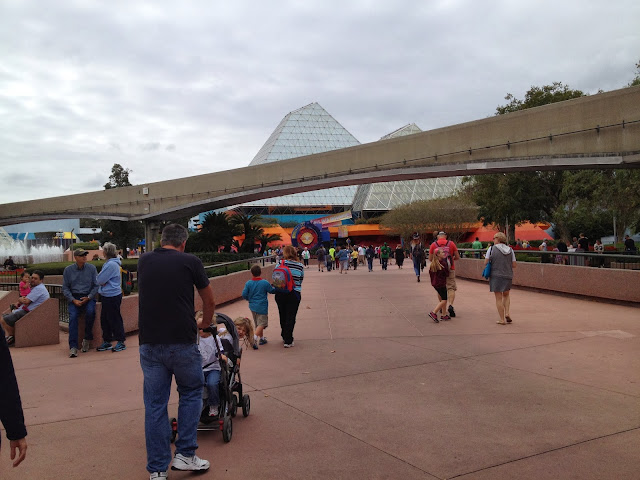 After arriving at the park we took a quick ride on Journey into Imagination (at Max’s request).  Everyone enjoyed it and then had fun playing in the ‘What If? Lab’ after the ride. 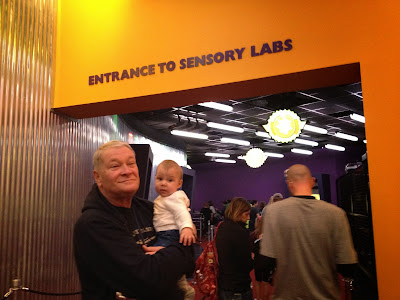 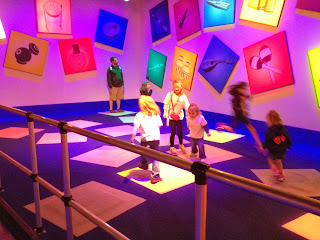 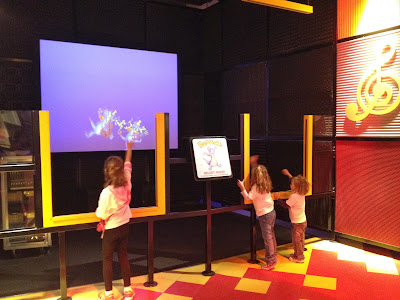 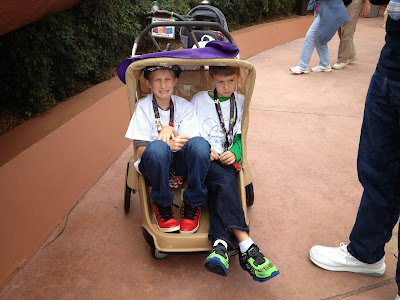 Grandma generously rented a double stroller each day.  It was nice for the kids to take turns getting a rest on these long days.  Although then they were the ones running around with energy each evening while the adults pushing them around all day were dead tired.  It's almost time they start pushing us around instead. 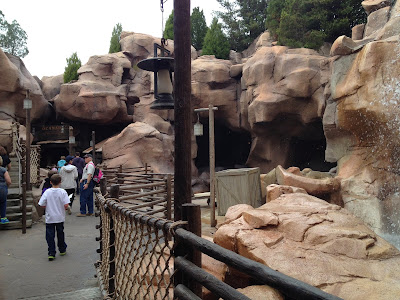 Then we moved on to Canada where we watched the Oh Canada circlevision movie.  I think everyone enjoyed that.  Jacob was happy to see Niagara Falls since that is the one thing he remembers from Canada.  That is also where we started the Kidcot stops.  The boys and Zoe colored Perry the Platypus and the other girls colored Duffy the Bear. 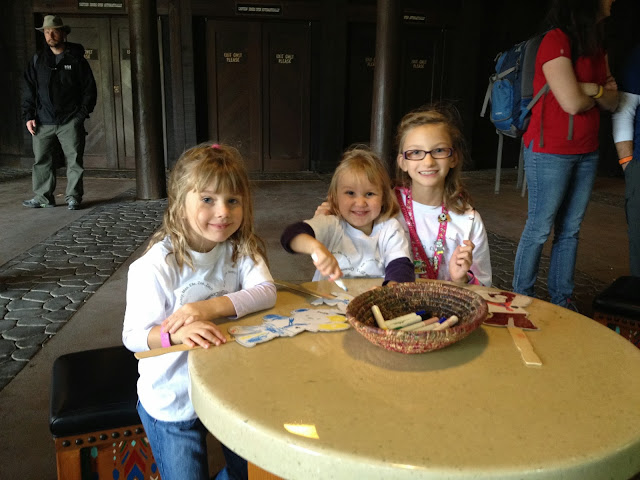 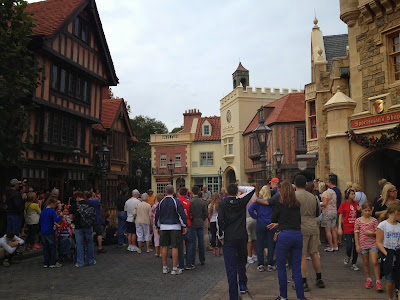 In England, we also had a chance to meet up with Winnie the Pooh and Tigger, but Ella got scared when Tigger tried playing with her. 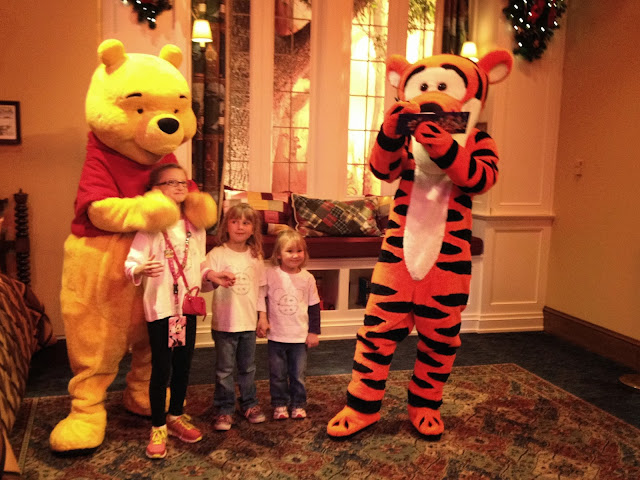 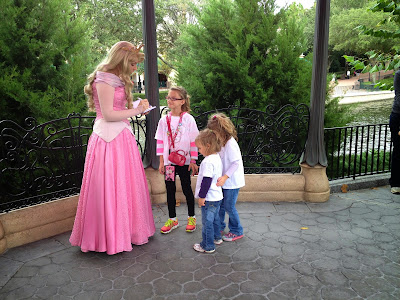 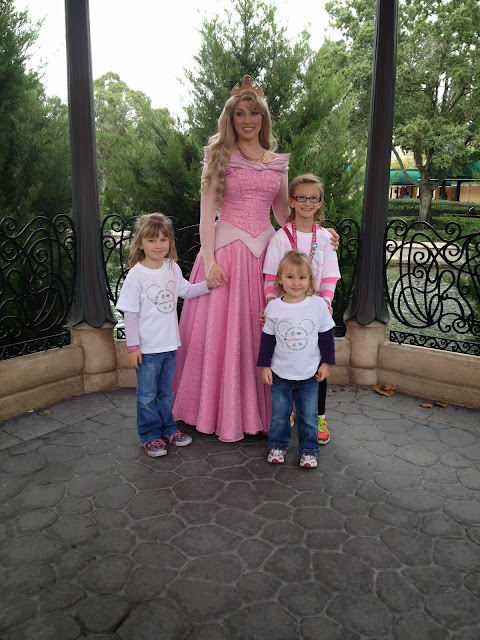 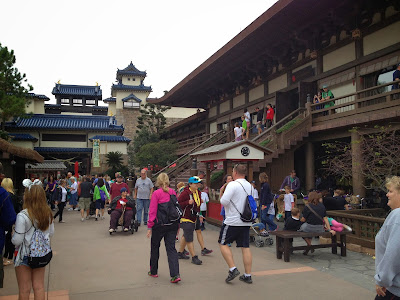 We had lunch at Teppan Edo - a hibachi restaurant in Japan.  I think the grown ups all enjoyed their food, but most of the kids didn't eat.  Everyone enjoyed watching them cook though.  Honestly, I think most of the kids ate as much food as they ever do. 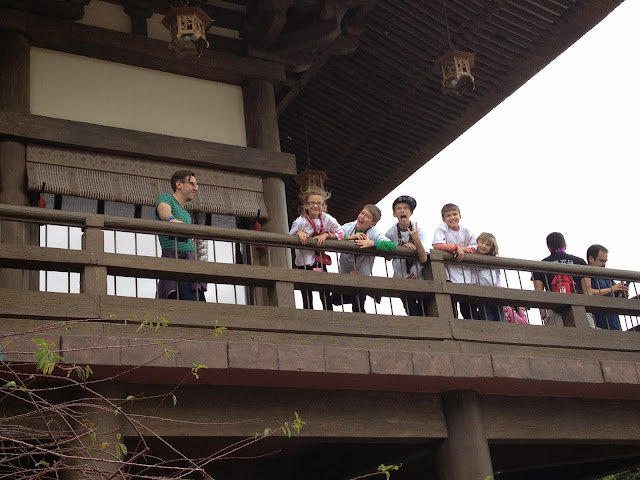 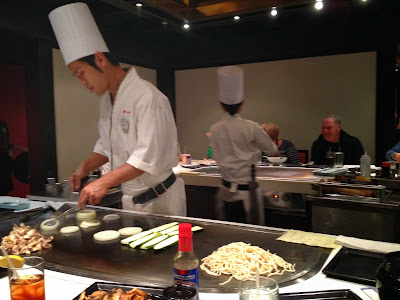 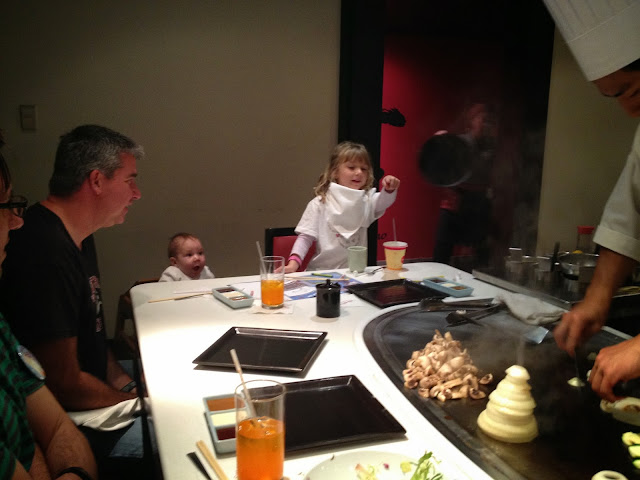 ﻿﻿ The kids really liked trying out the chopsticks. 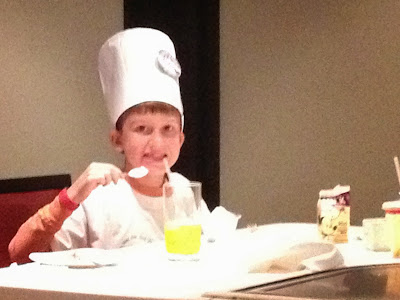 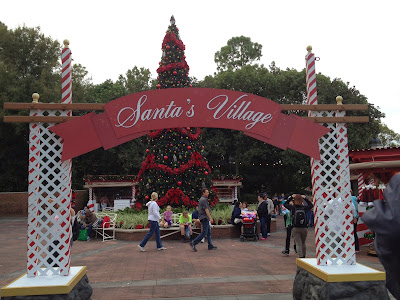 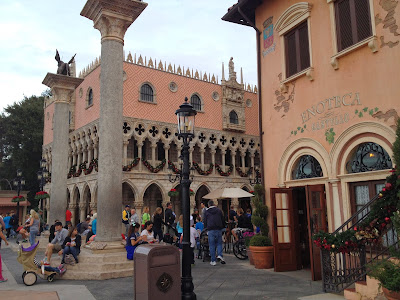 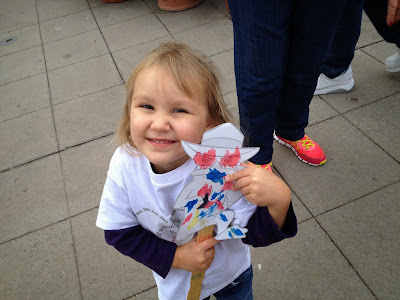 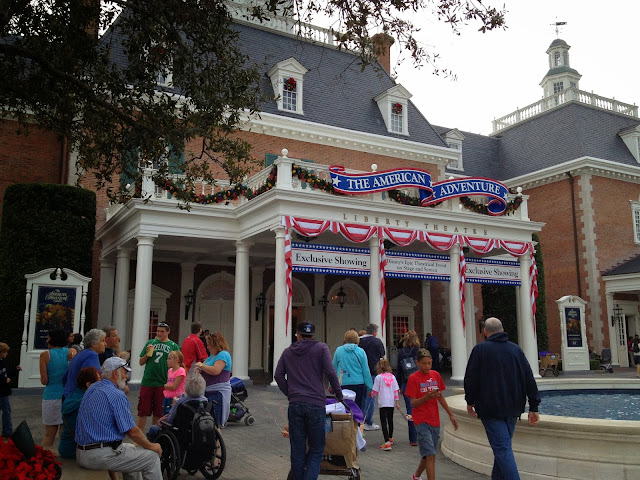 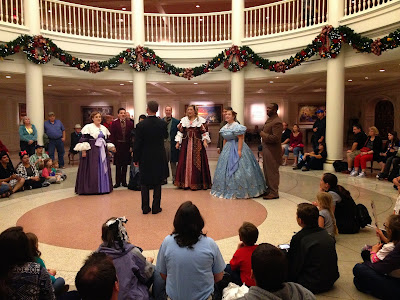 During the show in the American pavilion at least 3 of our kids fell asleep (and a couple of adults.)

Max insisted he knew one of the singers in the pre-show. 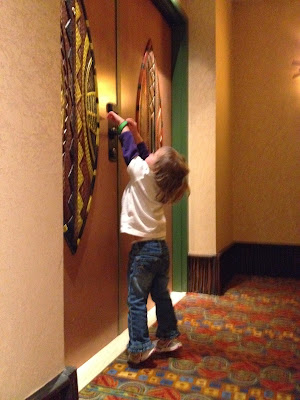 Half of us headed back to the hotel a little earlier than the others.  I brought the Zs back to the room while the others stopped at the quick service restaurant to bring diner back to the room.  My Magicband couldn't open the door so I waited until Rita and Greg got back since it wouldn't be long.  Meanwhile Zoe insisted if I put my band on her wrist "it will probably work."  No one's worked so I found a house phone and called for someone who eventually  let us in.
﻿﻿

Marc is being polite.  Zach is a big toe sucker... literally... he likes to suck on that big toe.

After everyone was settled in the room and had their dinner, Marc and I went down to Mara to eat a quiet dinner alone.  About the time we got our dinner and found a nice spot by the pool bar and got a drink, Zach was demanding we return.  We still had a nice dinner on our big balcony overlooking the savanna.
Posted by Marc at 3:29 PM