Unfortunately, I kept forgetting to bring the camera so we only have one picture today.

Kyrie is busy with her conference now so the kids and I started the day at the Pretend City children's museum.  The kids had a blast there.  It's set up like a little city with a bank, gas station, farm, medical clinic, dentist, cafe, grocery store, etc.  Jacob liked running around collecting all of the money that he could find.  Max spent most of his time in the cafe cooking up pretend orders for the volunteers who worked there.  Ella liked everything - maybe dancing on the stage was her favorite.  Zoe liked the little cars she could drive around the little town.

Boy, those would have been some cute pictures!

After that we had lunch at the kids' favorite place - Panda Express.  Then we took a drive along the Pacific Coast Highway while Zoe napped and eventually stopped at Crystal Cove State Park and played at the beach.  The kids had fun looking at the tidepools and measuring the movement of the waves on the beach. 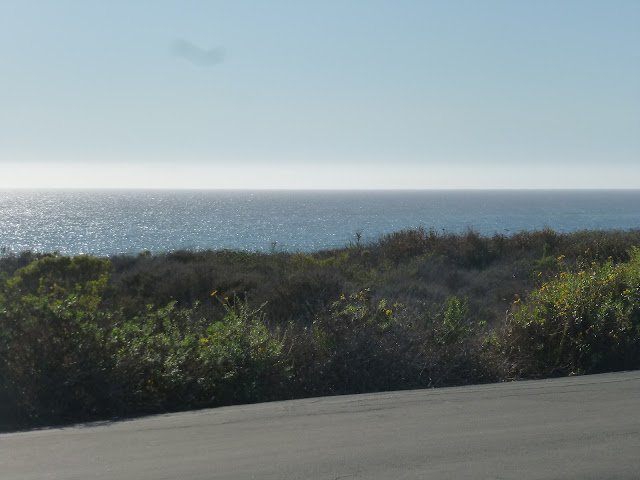 This is a picture from the parking lot after we got done.
Posted by Marc at 9:56 PM