Today, we explored the really touristy part of Hollywood.  I'm a terrible tour guide because I have no idea what the name of the street is that we spent the whole day on!  It's the famous street with Grauman's Chinese Theater on it.  Okay, it's Hollywood Blvd - I found out when I searched to find out how to spell Grauman.  Anyway we walked over there this morning and explored the area.  Our hotel is the Holiday Inn Express, which is just a few minutes walk from Hollywood Blvd.


We walked the main tourist area in about an hour.  We checked out the stars on the sidewalk (Jacob was irritated that the only stars he knew were fictional characters - that's what he gets for watching cartoons all the time!)  Finally, he found one person he knew - Walt Disney! 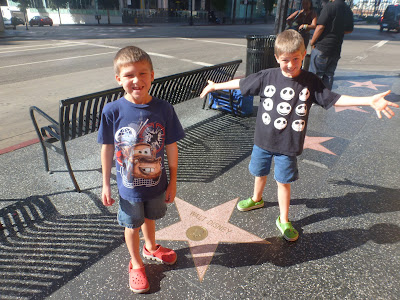 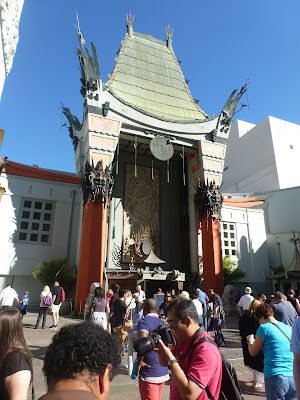 I'm glad we explored the area early because it was super crowded by the afternoon. We also checked out the handprints at Grauman's Chinese Theater. 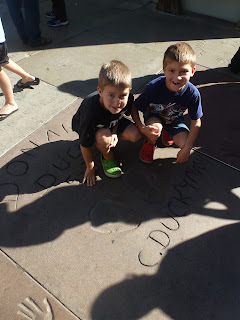 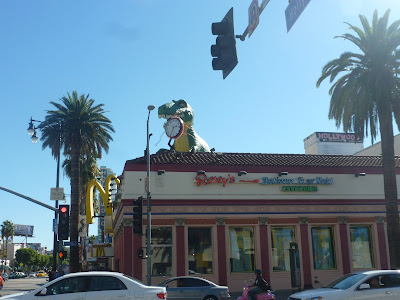 Next it was on to the Ripley's Believe it or Not museum.  We had a lot of fun there for about an hour or 90 minutes.  Then we had lunch at the Disney Soda Fountain. 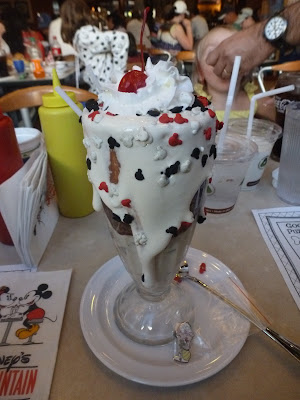 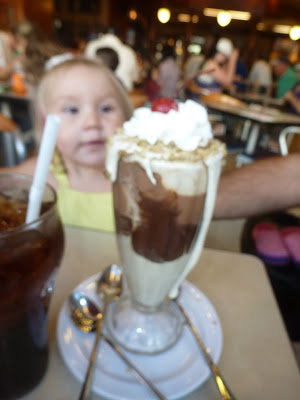 The sandwiches were good, but the sundaes were amazing!


We walked back to our hotel to go swimming.  Despite the 90 degree weather, the water was freezing! 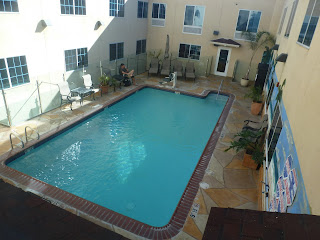 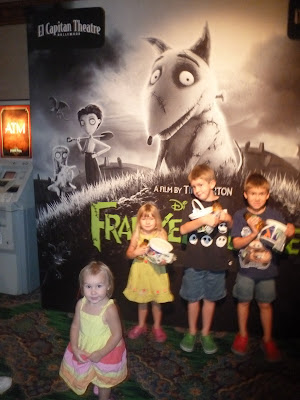 Then we headed to the El Capitan Theater to see Frankenweenie.   It turned out to be a really good movie and the theater was beautiful.
The kids really liked that they got their own souvenir buckets of popcorn and their own drink.
The theater was specially dressed for Frankenweenie and there were pre-show effects.  Pretty cool!  An organist played Halloween themed songs while the theater filled up.
After the movie we walked across the street to the Hard Rock Cafe for dinner.  Everyone was pretty tired and didn't really enjoy it, but overall we had a great day!