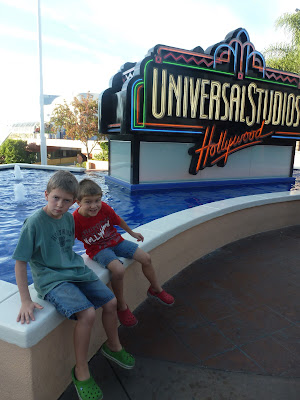 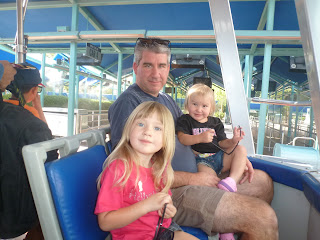 Our first stop was the studio tour. 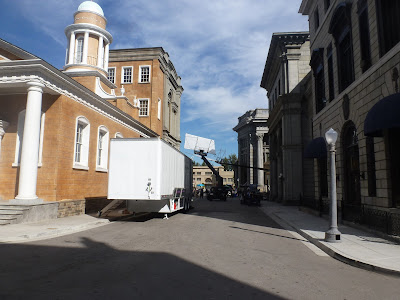 They were shooting a Little Rascals movie on the Metro set.  We couldn't see much, but it was neat to see the set in actual use. 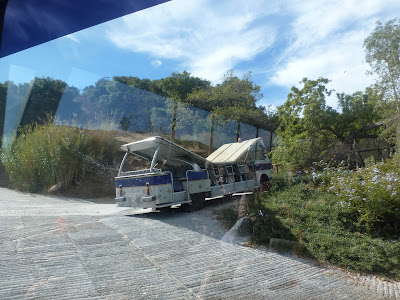 Max didn't like the King Kong portion of the tour. 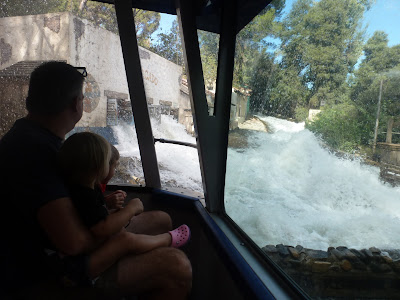 The same little Mexican village getting flooded 17 years after the last time we were here (on our honeymoon)! 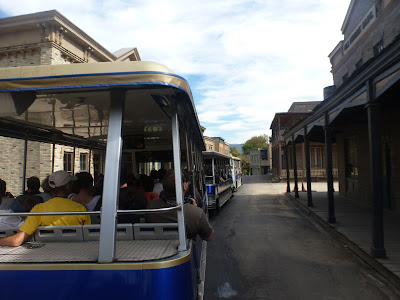 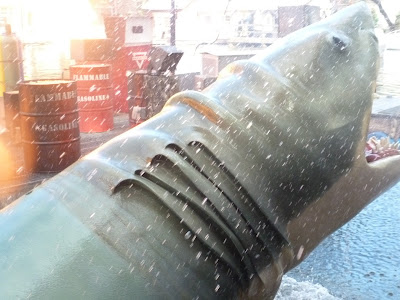 Jaws (apparently leaping right out of the water!) 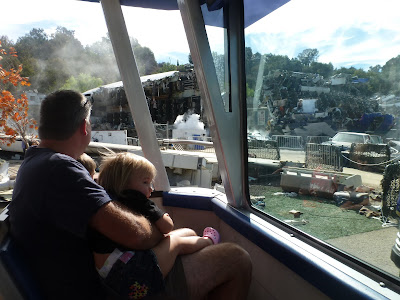 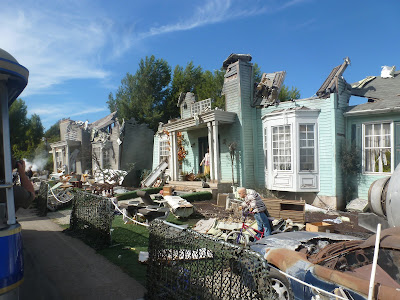 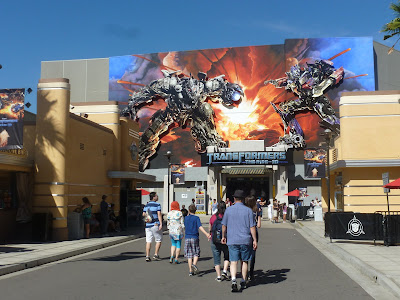 The studio tour was definitely the highlight of the day (for everyone except Max - I'm not sure what he liked today).  We also enjoyed Transformers (however they could have tried a little harder to not make it so obvious that it is practically the same ride as Spiderman at Universal Orlando). 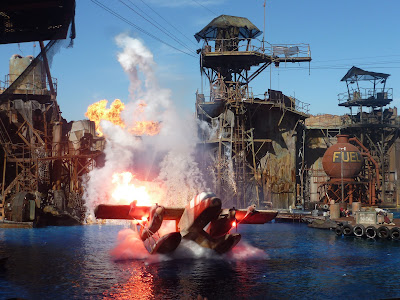 The Waterworld stunt show was a lot of fun, as well as the Animal Actors and Special Effects shows.
(I don't know how Kyrie took this shot - I was pretty sure that plane was going to end up in our laps!) 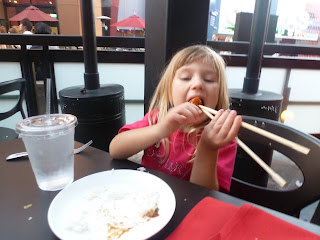 For dinner we ate at Panda Inn at Citywalk. 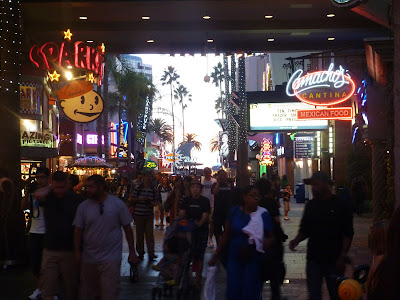 A view of the sunset from Citywalk to end our day.
(Well, it doesn't look much like sunset in the picture, but it was a nice view in person!)
﻿
Posted by Marc at 9:22 PM