Fall trip - Day 8 - From Morning Madness to a Fantasmic night! 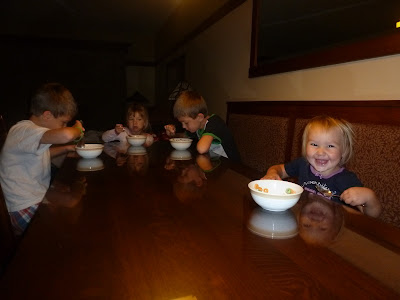 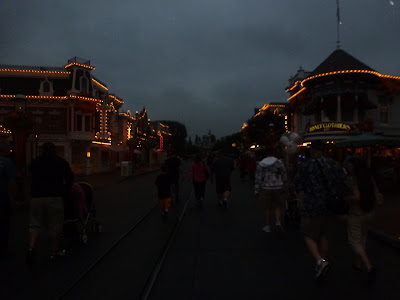 Still dark out (and rainy) as we entered the park. 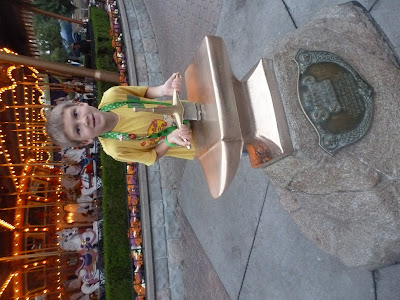 Still can't quite get that sword out. 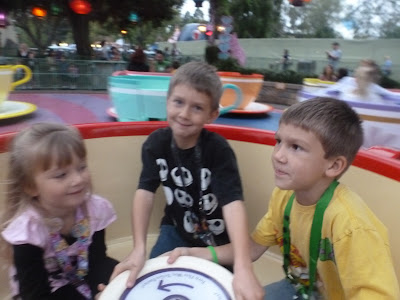 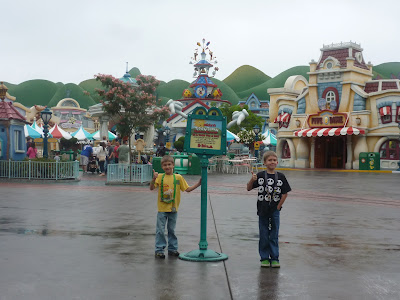 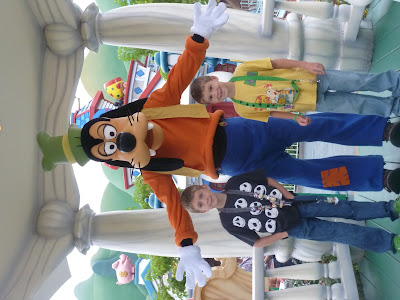 So, we had lots of time with the characters. 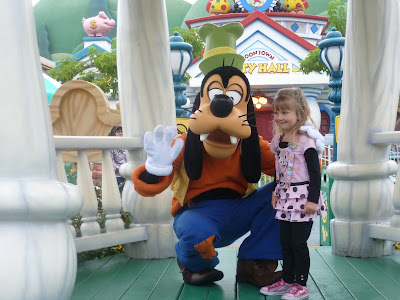 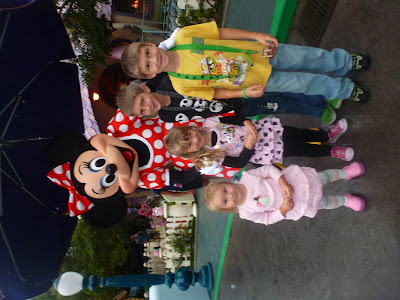 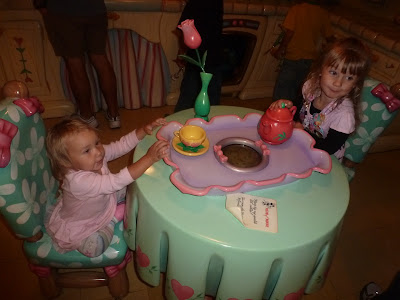 The girls making themselves at home at Minnie's house. 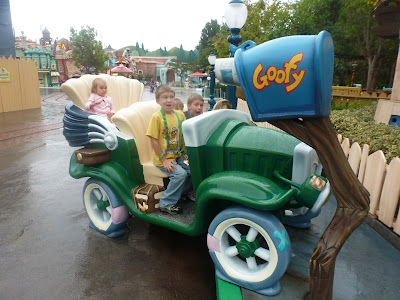 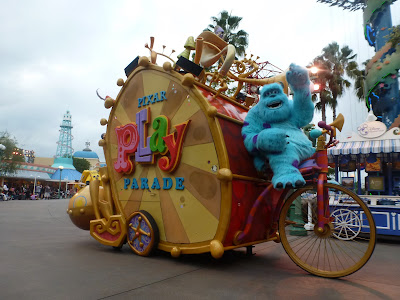 We took a break and then spent some of the afternoon at California Adventure where we happened upon the Pixar Play Parade. 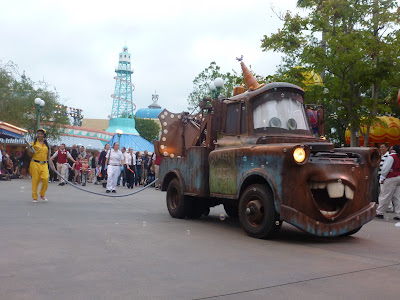 Which was probably more fun than those two pictures indicated.
After dinner, Kyrie took Max and the girls back to the room to get some rest and Jacob and I went to Disneyland to see Fantasmic.  We haven't seen the Disneyland version, so I was anxious to see it even though it made for a long day.  I really liked this version, especially how it made use of space that already existed.  However, I really missed the bleachers from the Florida version!  The crowds at Disneyland were incredible to me.  We left after Fantasmic, while the fireworks show was happening and it was wall-to-wall people all the way from Splash mountain to Frontierland and from the castle to the railroad station.  Plus, outside the gates in between Disneyland and California Adventure was almost halfway full of people watching the fireworks from there!
﻿
Posted by Marc at 10:17 PM