Today we began our circle tour around Lake Erie.  The first leg of our trip is from Geneva, IL to Monroe, MI.  It's about a 6 hour drive and puts us in a good place to visit the Henry Ford Museum and Greenfield Village over the weekend.  Our drive there was fun and of course took much longer than 6 hours.  Kyrie was hit with the "If I see a billboard for it, I have to go to it" bug.  Usually that's me, so I guess it was opposite day or something.  So, in south Michigan we stopped at the Round Barn Winery, Chocolate Gardens, and Grandpa's Cider Mill.

Kyrie tasted a couple of the wines and bought some (of course).  Then we ate lunch on the road before stopping at Chocolate Gardens.  This place has been on Food Network and has the prices to show for it.  Actually, I can't knock them for their prices because we haven't even tasted it yet.  We bought two truffles (for about $5.50), but haven't tried them yet.  The truffles looked good, but it would have been nice if they had more different kinds of chocolate instead of just truffles.  I'll add an update after we taste them.

Grandpa's Cider Mill was right next door and had a bunch of different flavors of apple cider (like 30 of them!)  We each tasted a different flavor, but in the end decided to stick with the traditional flavor.  We also bought some apple cider donuts to have with our breakfast tomorrow. 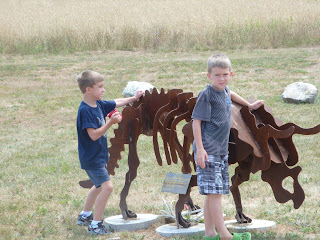 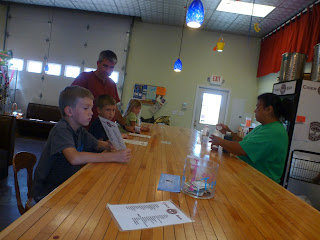 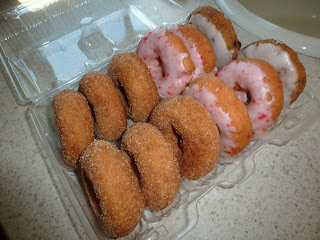 I had picked one roadside attraction that I thought would be lot's of fun - The Mystery Hill, where the laws of gravity no longer apply.  I researched it yesterday, but couldn't find out the hours.  I figured it would be fine since we would arrive in mid-afternoon.  Well, with all of the stops it eventually became clear that we wouldn't arrive until after 4:00pm.  I tried calling there at around 2pm to verify that they would be open, but just got a busy signal.  I figured it would still be alright since 4pm isn't very late, but I was wrong.  When we arrived it was closed.  I didn't bother checking their sign to see what time they closed since it wasn't going to help me now.  Big disappointment, but we'll manage. 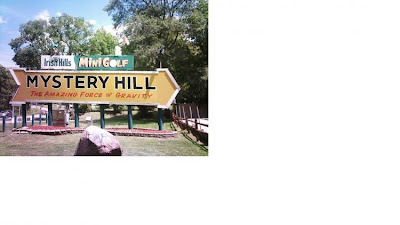 After leaving Mystery Hill, we were all starting to get hungry.  We had been seeing Big Boy restaurants in Michigan which reminded Kyrie and I of our childhood, so when we saw one at dinner time we just had to have it.  That was something better left to nostalgia.﻿  The food was not so good. 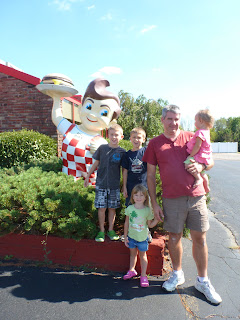 Oh well, on to our campsite.  At about 7pm we arrived at Harbortown RV Park after getting a little lost and checked in.  I'll save my review on that for tomorrow.  I'm super tired and the kids finally fell asleep!