September 7, 2013
This morning we checked out of Bay Lake Tower and headed to Port Canaveral to board the Disney Fantasy.  We booked this trip a couple of years ago, even before Zoe was born.  We almost didn’t make it though because Zach had to be 12 weeks old to sail.  He was born with 1 day to spare.  He was officially 12 weeks and 1 day old today.  I’d say that he’s certainly the youngest on the ship.  (We met someone later in the cruise who had their baby only a couple of days before Zach - and another couple who had a baby one month before Zach and they also have 5 kids!) 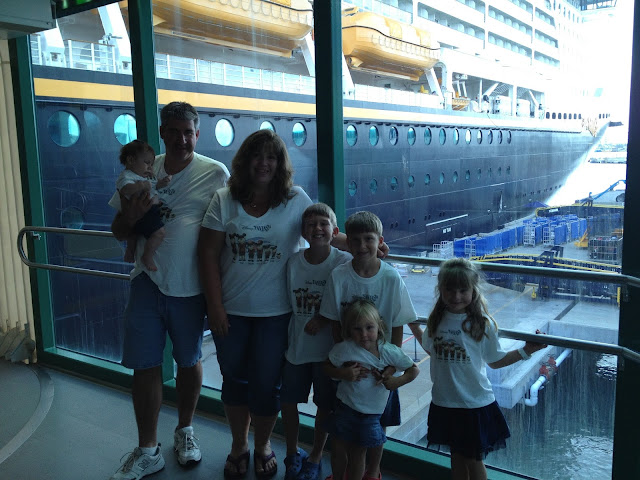 We arrived at about 10:30am and were on board by about 11:00am.  The boarding process was very easy and most of our wait was simply waiting for them to start letting people onto the ship.  We headed straight to the buffet because none of us had eaten much for breakfast.  The buffet was very good, but of course very crowded. 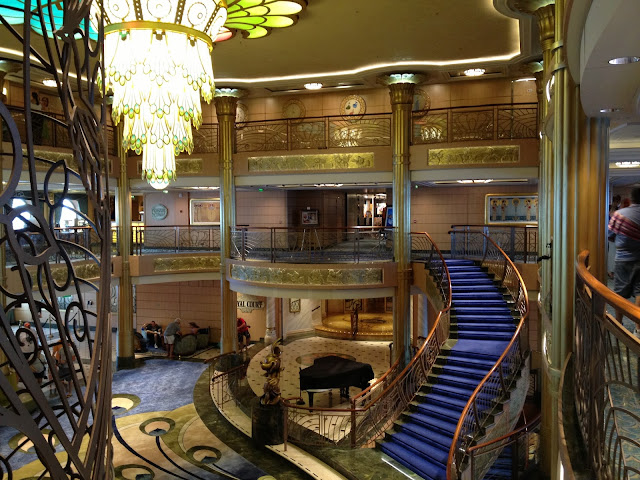 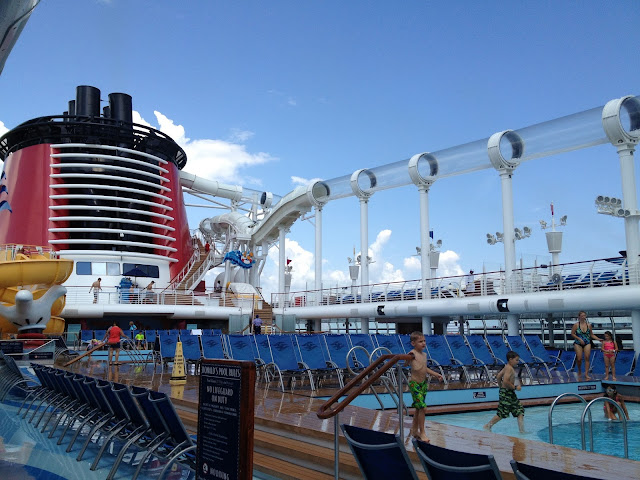 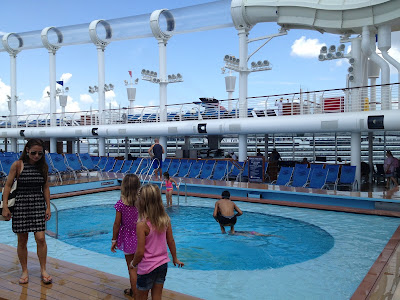 After lunch we took a walk around the ship.  This is our first time on the Disney Fantasy.  It’s quite a bit larger than the Disney Wonder or Magic although the layout seems very similar.  The splash area of the pool looks much more appealing than the splash area was on the older Disney ships.  I’m sure that Zoe will have a great time there.  The pools look like fun, but are going to be quite crowded, I think.  The Aquaduck is a water coaster that goes around the perimeter of the ship.  It looks like a lot of fun – can’t wait to try it! 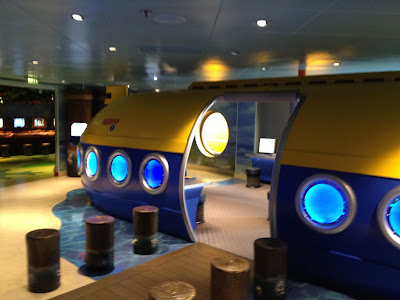 Before long we made it to the kids club, I can’t remember the name... Oceaneers Club and Oceaneers Lab.  The kids loved it.  It’s huge and there are a lot of different areas for them to play in and 2 large areas for group activities.  Zoe checked out the nursery and she really liked it and didn’t want to leave. 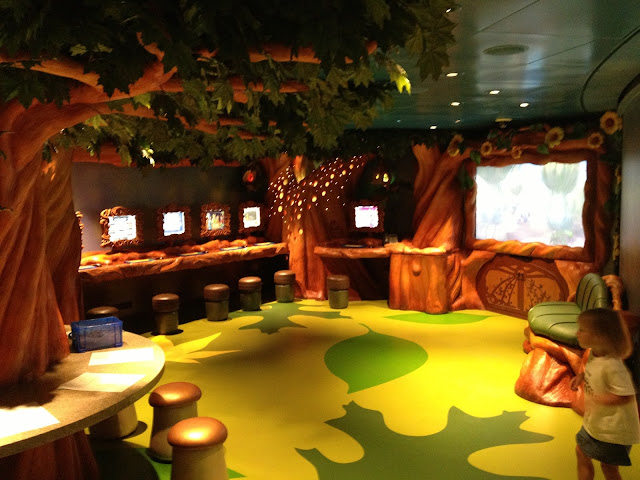 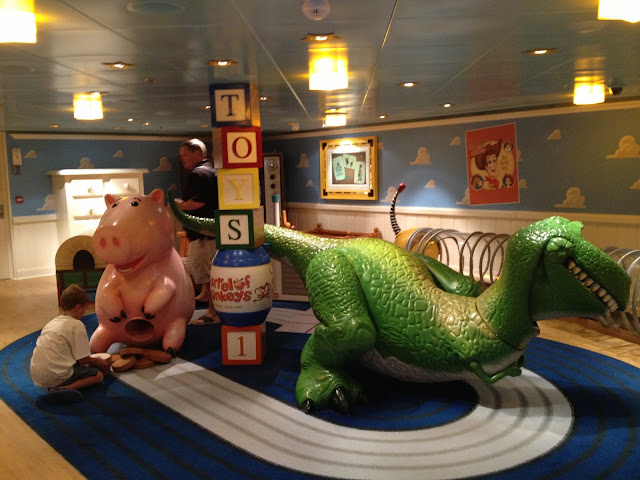 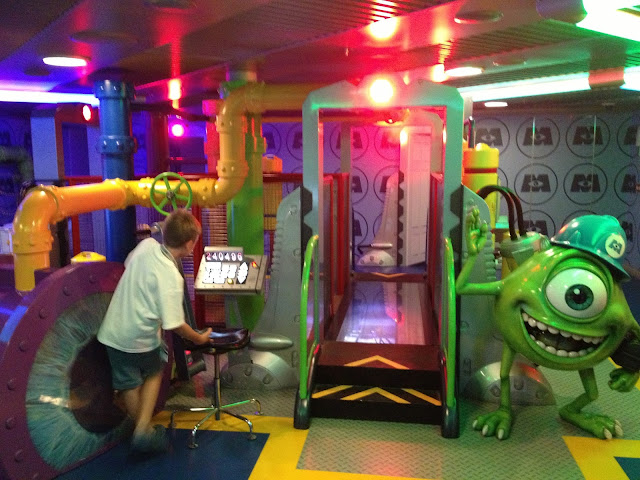 At 1:30pm, it was finally time to check out our rooms.  We were very excited to have connecting cabins in the back of the ship.  Those rooms have larger balconies.  And even the balconies connect.
The rooms are very nicely furnished and though quite small, they are very functional.  There is sufficient space for everything and the furnishings are quite comfortable.
The cabins are beautiful!  Most of our luggage was by our door at 1:30 also.  It was still a challenge to get unpacked before dinner.  I was motivated to do it though because it’s hard to move around the cabin with all the luggage out!  Amazingly though all the luggage (and there is a lot) could fit under one bed.  I also got our fish extender put out and magnets attached to the doors.


Baby #5 laying perilously close to the edge of the bed: 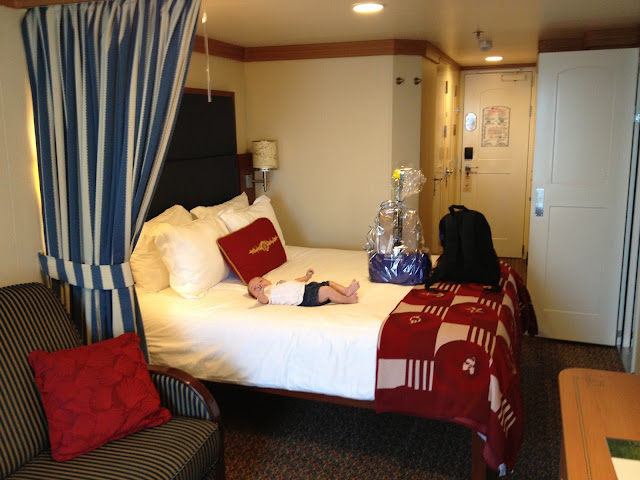 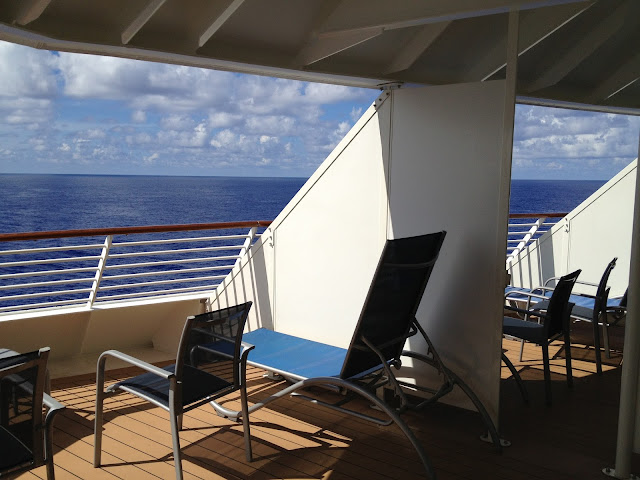 Soon it was time for the DVC Member get together.  I’m not sure why we needed to go there.  Maybe to get some hats? 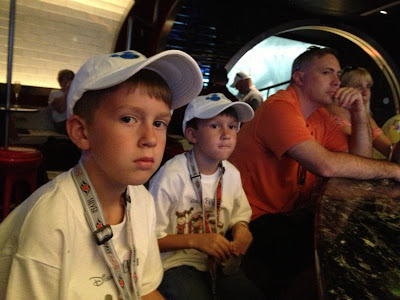 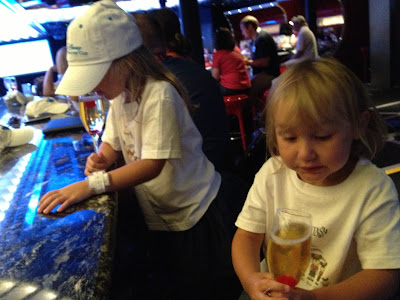 Anyway, we checked that out for a little while and then headed to our get together with the Fantasy Fantastic group that we found online.  Zoe was getting tired so we didn’t stick around there too long either.  I tried to get Zoe to take a nap, but that’s just not happening. 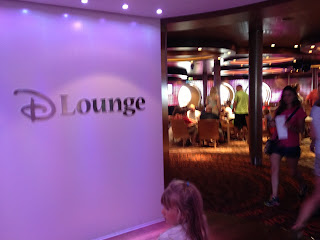 The “Fantasy Fantastic” group is a Facebook group that spawned off of the Disboards (a website for Disney fans.)  They all cruised together last September and many of the same group are cruising again this year.  Although I recognize lots of names, I don’t really know their faces.  BUT many of them know us by sight since we’re the only group with 5 kids including a newborn!  Just in case that’s not obvious enough, the kids are usually wearing matching shirts and Zach is often in a rainbow sling.  We kinda stand out!

Soon it was time for the safety drill and then the sail away party.  Ella and Jacob had fun dancing at the sail away party and didn’t even notice that the ship had started moving.
Marc must be trying to forget that we lost Max after the safety drill.  He was in the lead with Jacob but just kept right on going after we got to our rooms.  Since Jacob can open the door with his key, we all assumed Max was somewhere in one of the cabins until Marc finally said, “Where’s Max?”  My heart skipped a beat and I ran out of the cabin to find Max right outside the door.  He had found his way back to the room (impressive), but I could tell he was ready to cry when he saw me.  What a brave guy, and I’m sure he’ll stick close from now on! 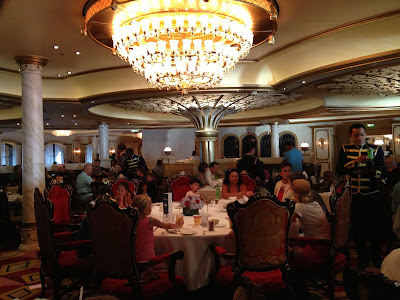 Our dinner tonight was at the Royal Court.  Our food was all very good.  I was a little concerned when I order the fried tofu dinner and the waiter asked, “Are you sure?”  It was actually very good though.  I would say that none of the things I ordered sounded that good on the menu, but everything tasted excellent.
My favorite part of dinner was the crème brulee.   I didn’t think we were going to make it to dessert though.  Zoe didn’t eat anything and was on the verge of a meltdown throughout dinner.  When dessert did come though, she sat right down and ate her ice cream.

The older kids were too interested in getting back to the kids club to be bothered with going to tonight’s show, so I dropped them off there.  We decided that Zoe was too tired to go, but after it was clear that she wasn’t going to go to sleep very easily, I took her down to the show and she quickly fell asleep there. 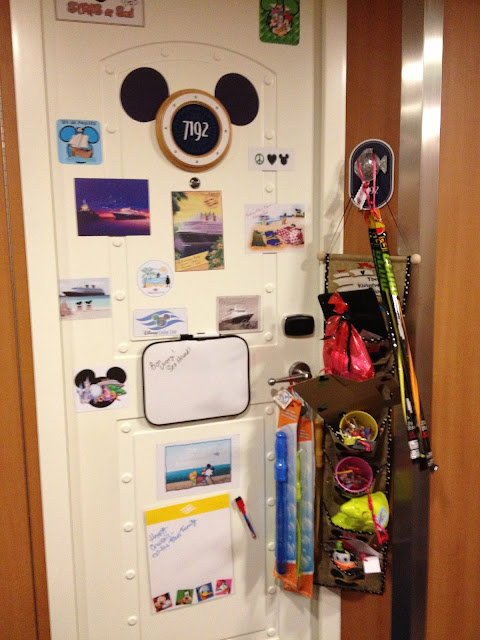 There were already tons of FE gifts delivered!  A lot of very nice ones…I’m impressed!  One of my favorites is a cruise journal that I will take to breakfast each day to fill out with the kids.  The kids have already received way too much stuff! 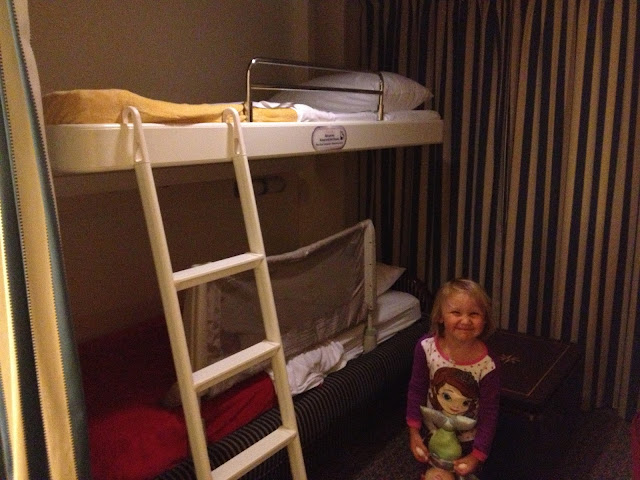 Looking forward to a fun day at sea tomorrow!
Posted by Marc at 7:59 PM