We had planned on going to Disney's other water park Typhoon Lagoon today, but Max had an earache last night so we decided that we'd better play it safe.  We actually had a Disney day with almost no plans!  We decided to go out to breakfast at Kona Cafe again so that Kyrie could finally try the pineapple-macadamia nut pancakes.  She said that she did like them, but now that she's had them she'll stick with the Tonga Toast.

After breakfast, Kyrie and Zach went back to the hotel to rest a little.  I took the rest of the kids miniature golfing at Winter-Summerland.  That was a lot of fun.  The miniature golf course is right outside of Blizzard Beach and the story is that this is where Santa and the elves go for their summer vacation.  There are two courses - winterland and summerland.  The winterland side looks like you might expect.  A lot of snow and Christmas themed things.  The summerland side looks like a beach, but with a lot of Christmas theming as well.  At the entrance is Santa's sleigh which is pulling a camper behind it.  I wish I would have had our camera with us for that.  It was a lot of fun and even Zoe liked it.

When we got back to the hotel I tried to get Zoe to take a nap and Kyrie took the rest of the kids souvenir shopping.  Zoe still didn't take a nap and boy did she need one!  The rest did her some good at least, but she's really getting overtired on this trip. 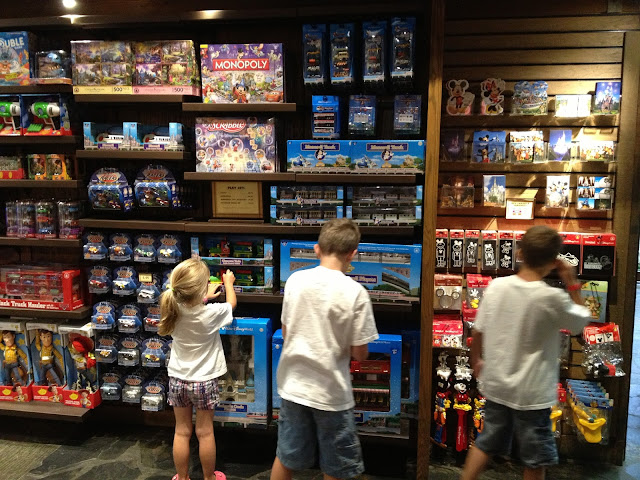 Jacob and Ella actually picked their souvenirs at the shop in the Polynesian hotel when we ate breakfast.  Jacob always picks figurines that he likes to arrange and take pictures.  He picked Monsters University figures this time. 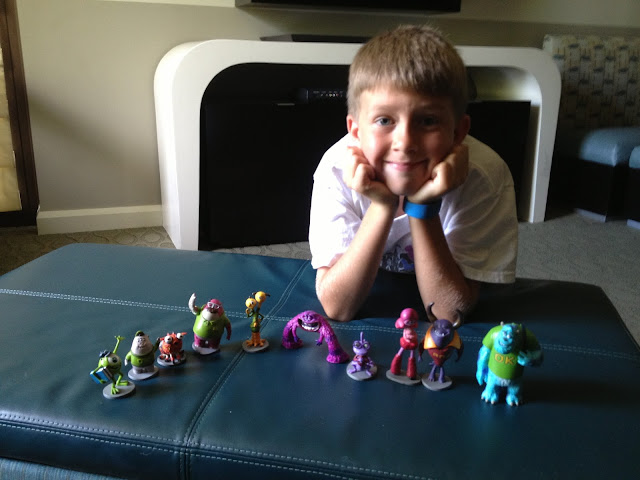 Ella had her heart set on a princess Pez dispenser.  On one hand I didn't want to talk her out of it because it was cheap, but I did think she would come to regret that she didn't pick something better.  Nope.  All day when she saw something she liked like a charm bracelet, or doll, she insisted she was glad she got the Pez dispenser.  Good! 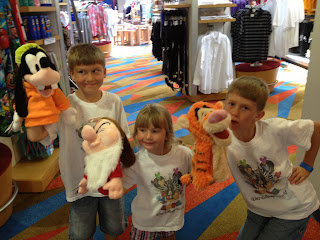 After shopping with Max for an hour, he didn't find a souvenir he wanted.  Earlier in the trip he saw a marble egg (yes, marble egg) that he really wanted, but my MagicBand didn't work at the register and we couldn't buy it.  Too bad; it was only $5 and he'll never forget it!  I bet when we come back to WDW in November he'll be looking for it at Epcot.

After the failed nap we headed to the pool.  This time we went to the pool at the Contemporary resort next door.  Max hasn't complained about his ear all day and of course it's still super hot out.  The kids had fun playing pool games again and even Zach got some time in the water this time.

When it was time to get ready for dinner it was clear that Zoe was not going to cooperate very well.  She was so tired and cranky.  I decided that I would stay behind with Zach and Zoe so that the older kids could enjoy themselves at dinner.  Zoe was asleep before they left, so I think it was a good idea.  I'm sure the other kids had a good time and I had a peaceful night at the hotel.  Zoe slept the whole time they were gone and is still asleep at 10:30pm.  Hopefully she'll sleep well tonight!

It was a pleasure to dine with the three "big" kids tonight.  'Ohana is one of my favorite restaurants because of the food and the atmosphere.  We were seated near the grilling station and right by a window with a nice view of tropical landscape and Bay Lake. 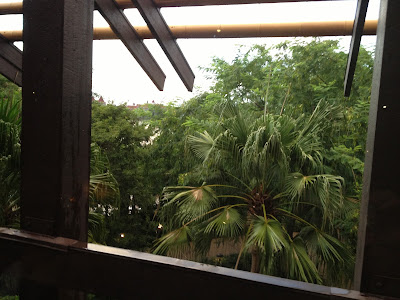 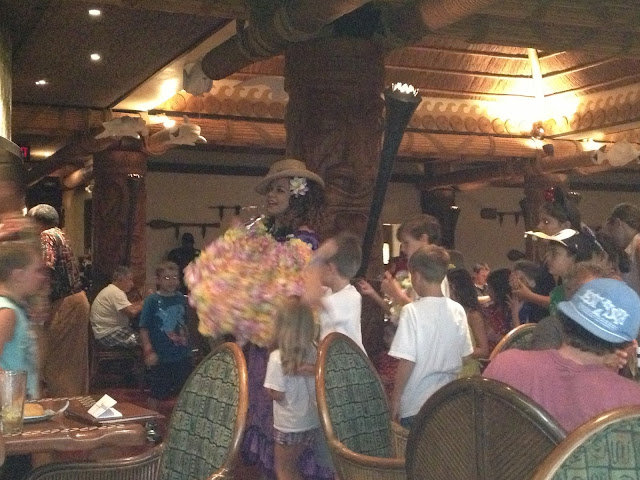 Near the end of our meal, the kids activities began which these kids LIVE for!  They did the coconut race and learned a Hula dance.  Then when asked to bring someone they love up to dance, they all came back to get me, which I have to say was pretty sweet... until they saw ice cream sitting at the table and quickly decided they could skip the dance and get on with dessert!

Kyrie tried to let me take Jacob, Max, and Ella up to the top of Bay Lake Tower to watch the fireworks while she stayed behind with Zach and Zoe.  I took them up there at about 8:45pm, but by 9:15pm I decided I better ask someone when the fireworks will start.  It turns out they won't be until 10pm tonight which is too late to keep the kids up now that they're used to going to bed by 9pm every night since we've been here.  It was a nice try though.  Maybe they will be at 9pm tomorrow.