Tuesday: Valentine's Day
Ella and Zoe each have their own cute ways of saying Aloha. Ella says "hello ha" and Zoe says "ah ah ha". It's a lot of fun hearing them say it.

Jacob made Valentine cards at home before our trip and packed them.  He's a planner like his mother!  He even brought one for Aunt Katje and mailed it a week ago from Maui so she would receive it as close to Valentine's Day as possible.  We started this great day with Jacob passing out his Valentines. 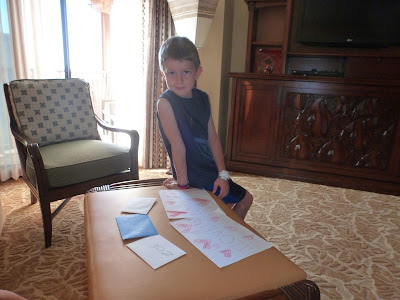 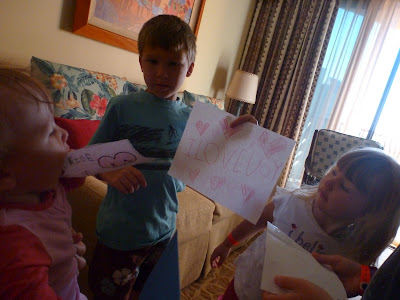 We stopped to pick up our daily wristbands for the pool on our way to Auntie's.  Each day there is a different colored wristband that identifies you as a resort guest.  Most of the kids accumulate them throughout the week and end up with a wrist full of them by the end of their stay.  Jake and Max were no different.  In fact Jake didn't take his off when we got home either.  Two have since fallen off, but he still has four on his wrist 6 weeks later!  My rule is that they have to come off before Easter.  (One week left!)

I wanted to mention the water stations around the pool.  I thought this was great!  It was nice not to have to buy bottled water. 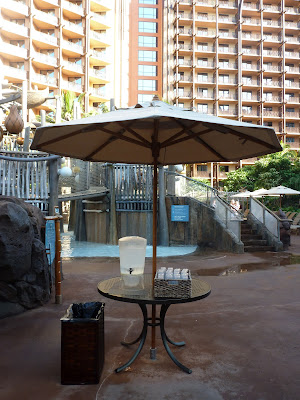 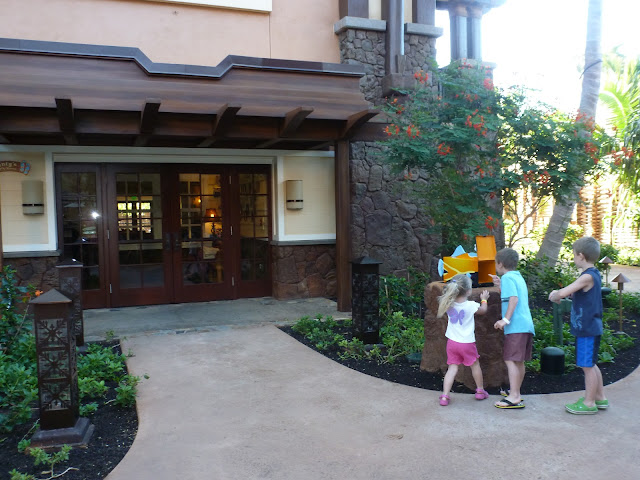 Kyrie and I took Zoe to the pool while they were doing that. Zoe has had a little cold for about a week now. It hasn't been too bad, but she isn't sleeping well and she has been kind of cranky.
Zoe and I started a daily tradition...I would take her into the lazy river and she would fall asleep.  We would float around so peacefully.  I just had to steer clear of any spraying water! I loved this!  I think Zoe wants a waterbed! 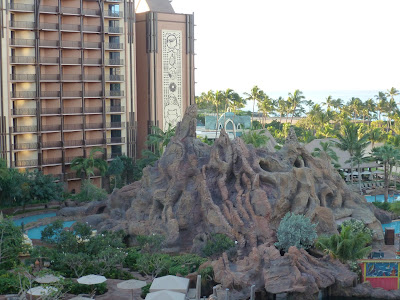 After the kids were done making space goo they joined us in the pools. Actually Max and Ella begged to stay longer and celebrated when I let them!  Jacob set a goal for himself of going down the waterslide 10 times today - he beat that by a couple. 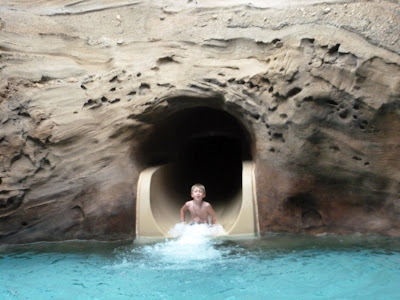 Max and Ella finally left the kids club at lunchtime.  I made macaroni and cheese in the room and brought it down to the pool area.  Marc and I ordered from Off the Hook again. 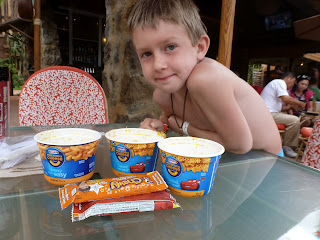 After lunch Zoe and I took a walk. Ko Olina is a development area that centers around 4 manmade lagoons that are connected to the ocean, but are protected from high surf by a wall of lava that is just lower than the ocean. Aulani is in the center of lagoon 1 and the JW Marriott shares that lagoon. Lagoon 2 has one hotel, the Ko Olina Beach Villas. Marriott Ko Olina Ocean Club takes up two-thirds of Lagoon 3. And Lagoon 4 is just for public beach access. Zoe and I walked past all of the lagoons. We saw a mongoose along the way. 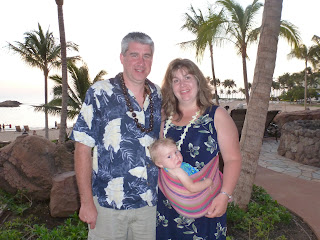 The kids ate dinner at the kids club while Kyrie, Zoe, and I had a nice Valentine's dinner at Ama Ama, the fancy restaurant at Aulani. We could only get a late reservation at 'Ama 'Ama even though we made reservations well before our trip began.  It is a special treat for the kids to eat at the kid's club and they had dinner at 6pm.  Marc and I found ourselves with rare free time.  We had a drink and an appetizer at the 'Olelo Room which is an outside lounge.    Then we took a walk along the beach as the sun set.  I checked in on the kids before dinner to make sure they were still happy in the kids club. Haha -- of course they were! 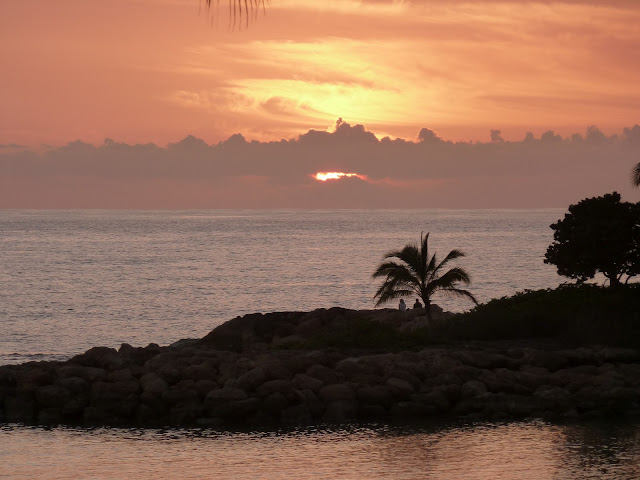 It was a nice romantic Valentine's Day dinner...a cozy table for three! 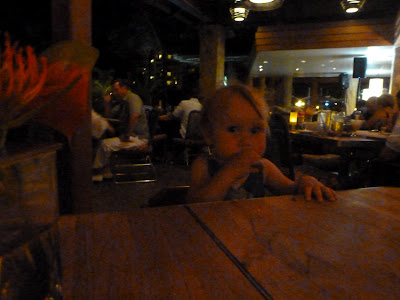 We collected the kid's right after dinner.  Auntie's is literally right next to 'Ama 'Ama so it was easy to check on them before dinner and get them right afterward.  Everytime I would go get them, they were up to something new.  Sometimes I didn't even recognize them! 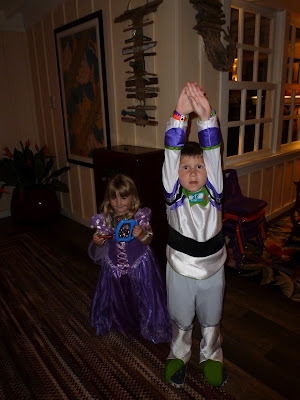 Kyrie's phone went through the laundry today so that was unfortunate!
Posted by Marc at 9:40 PM