Friday
Our vacation is coming to an end. It has been a great time. It's hard to believe that we started this trip in Disneyland, that seems so long ago. I'm sure that the kids liked Disneyland the best, but the kids club at Aulani certainly came in a close second.  Kyrie liked the Marriott in Maui the best because it felt the most like Hawaii. I liked it all, but snorkeling with sea turtles was certainly a big highlight. 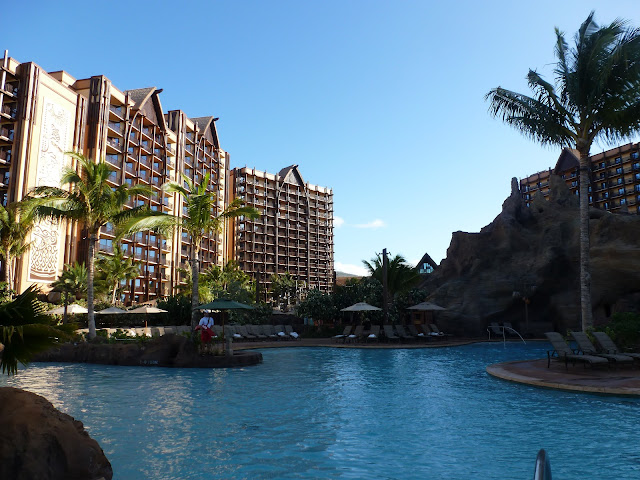 Today we just repeated some of our favorites. For Kyrie it was floating around the lazy river with a napping Zoe and the boys swimming along.. For Jacob it was the waterslides. For Max and Ella, the kids club. For Zoe, it was smiling at people to get attention. And for me? A little of each of those things - except the smiling for attention.  We were informed that there was a jellyfish in the lagoon, so I couldn't go snorkeling. 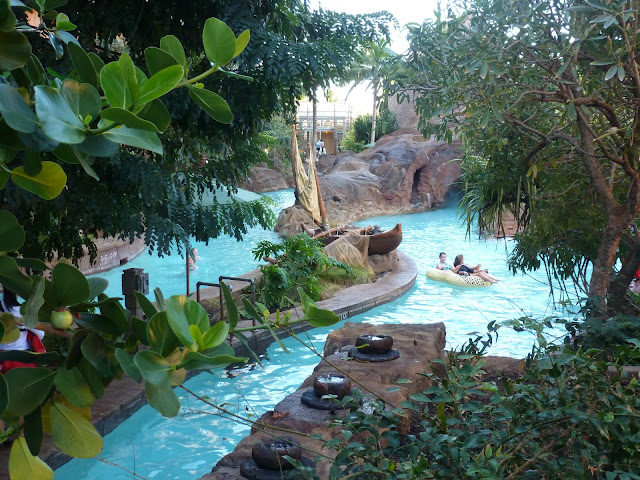 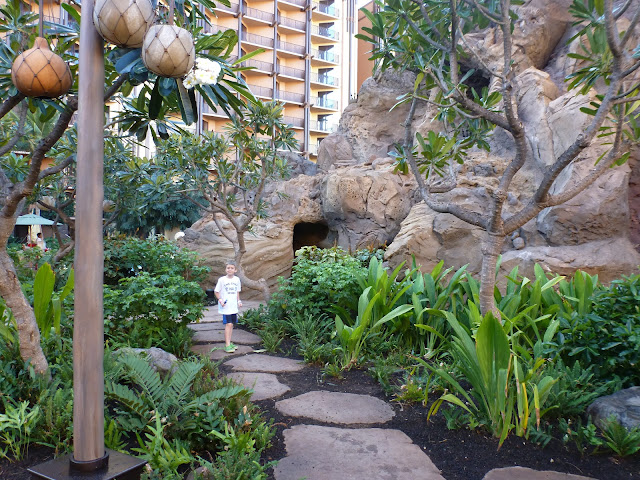 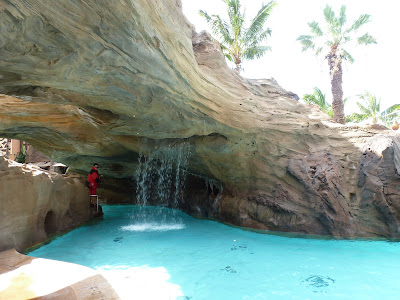 We did some more of the Menehune Trails.  I don't want to give much away, but one of the things you can do is start a waterfall by the cave in the main pool.  You can time this to surprise someone if you so desire. 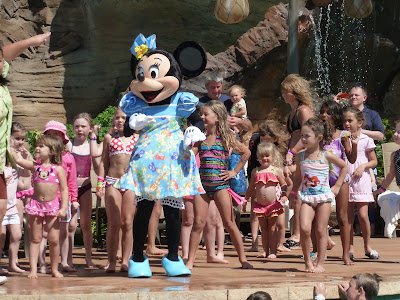 The kids also joined in more pool games with the Disney characters.  I snuck up to the room to do some packing before dinner while Marc and the kids did the inside Menehune Trail.  You're really missing something if you at least give it a try. 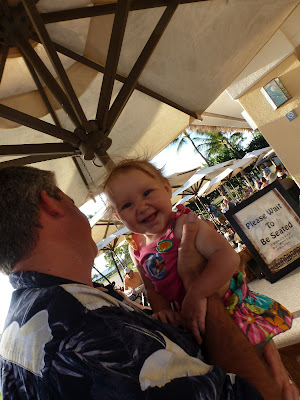 For dinner, we walked over to the Marriott Beach Club. There was a band playing at the restaurant and the Ella did some nice dancing for everyone (instead of eating). Again, I wish we would have left the resort for dinner earlier in our trip.  The food at Longboards at the Marriott was quite good.  I think it was the best dinner we had in Oahu.  The tropical drinks were much better too and the atmosphere was great! 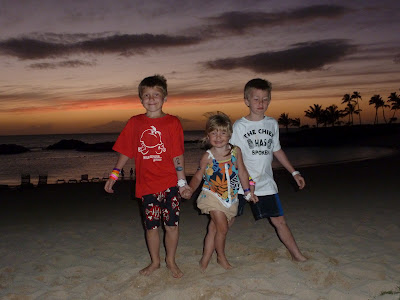 After dinner the kids got in one last hour at the kids club, while Kyrie and I finished packing.
Zoe had a conversation in the elevator with a celebrity. Kelly Ripa, of the Live! with Kelly show (formerly Live with Regis and Kelly), is filming her show at Aulani for the next couple of days. She was in the elevator with Zoe and me and she said that Zoe smiled so much. She said some other stuff to Zoe also, but it was hard to pay attention. I was pretty sure that it was Kelly Ripa, but I never see the show so it was hard to know for sure. I knew that Kyrie would want to know for sure, so while she was talking I was busy trying to find some clue that would verify her identity. Unfortunately, she didn't have anything definitive, and I only had four floors before I had to get out of the elevator. I've since checked out pictures and it was indeed Kelly Ripa, but Kyrie would have preferred more proof. I guess I could have just asked her.
Marc confirmed for sure when we got home and we watched the shows she taped.  He said it looked like she (and her husband) were coming back from a Luau.  Sure enough the show showed her in the outfit he saw her in at a wedding rehearsal dinner Luau.  They obviously taped that part of the show this evening.  The other tapings occured the day we left and the following day.  I'm not sorry we missed it.  The only thing I noticed that the taping of this show interrupted was the Starlit Hui.  We thought the kids would get another chance to see it when we let then stay in the kids club that night.  Unfortunately, that was the only show while we there because they were building the set for this TV show in that area.  No complaints, really.  I think Aulani did a great job with not letting the taping interfere with the normal goings on.