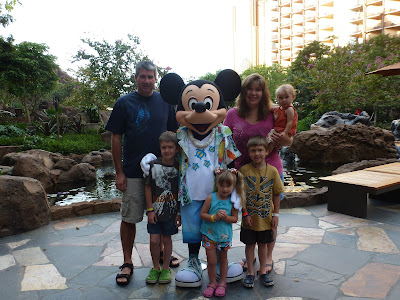 Wednesday:
We started the day with a character meal at the buffet (Makahiki).   It was a really good meal and they played a lot of games with the kids. There were only two characters. (Minnie and Goofy were walking around.  Mickey greeted us at the entrance.) But it's easy to see the characters around here anyway. 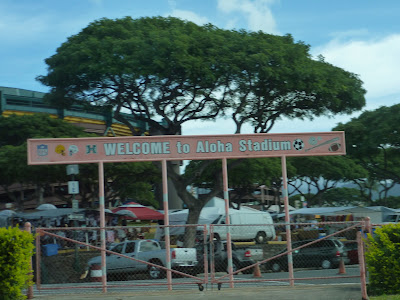 After breakfast we headed out to the Aloha Swap Meet. This is held around the perimeter of Aloha Stadium. There are a lot of booths, but it gets really redundant after a while - t-shirts, leis, jewelry, toys, repeat. There are definitely good deals there, but I think we could have found a better use of our time. By the way, most vendors will negotiate on prices.  We don't haggle well, but if that's your thing you will find extra good deals, I'm sure. 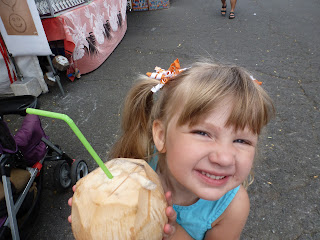 We bought a fresh coconut while we there to let the kids try the milk and the fresh meat.  None of them liked it, but it was a unique experience. 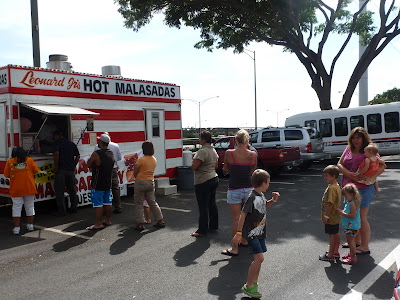 After the swap meet we ate lunch at Subway and then picked up some hot malasadas (Portuguese donuts) for dessert. We all enjoyed those, but they sure were messy. They were filled with custard, coconut custard, or chocolate custard.  I recommend eating them while they're hot.  They're not nearly as good cold.

When we got back to the resort Max and Ella immediately wanted to get to the kids club and Jacob wanted to hit the waterslides.  I did a little more snorkeling. After Max and Ella came back from the kids club they played some games near the pool with Goofy.  (The polside games with Goofy were actually yesterday but since they didn't make the blog yet, I'll put in pictures here.) 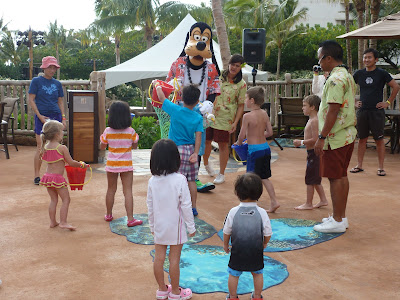 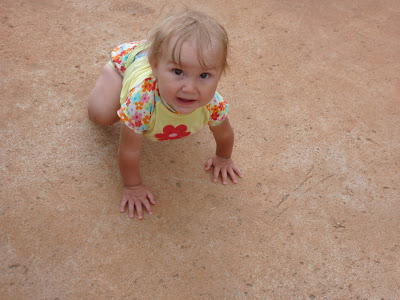 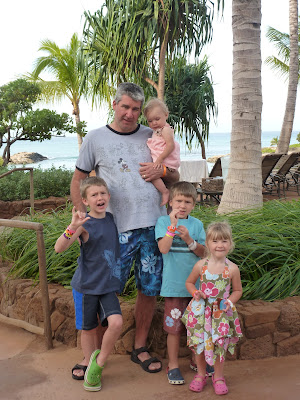 We hit the buffet again for dinner. It was the easiest option that worked for all of us.
Posted by Marc at 10:10 PM